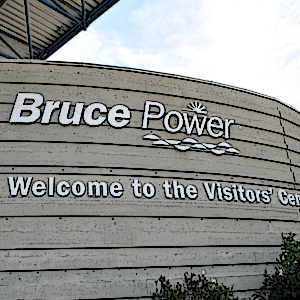 In addition, Spanish energy giant Repsol SA sold their 10% stake in TgP to Madrid-based Enagás SA for around US$ 219 million. Enagás SA also entered into a deal to acquire U.S.-based Hunt Oil’s stake in TgP for nearly US$ 272 million.

On the same day as CPPIB’s stake investment in TgP, Borealis Infrastructure, the infrastructure arm of OMERS, signed a deal to acquire 31.6% of Bruce Power B for $450 million from Cameco Corporation, a Uranium miner. Bruce B operates 4 of 8 reactors in the world’s large nuclear generating facility in Tiverton, Ontario – generating 30% of Ontario’s 2013 electricity. Borealis’ ownership in Bruce Power B post-deal rises to 56.1%. Other investors in Bruce Power include: TransCanada Corporation, the Power Workers’ Union and the Society of Energy Professionals. Canada’s largest public-private partnership is Bruce Power – the assets remained owned by the government of Ontario.

Michael Rolland, president and CEO of Borealis, commented in a press release, “Bruce Power is an investment that continues to fit with our long-term strategy to invest in core, large-scale and high-quality infrastructure assets. It also plays a critical role in meeting the supply needs of the province of Ontario.”