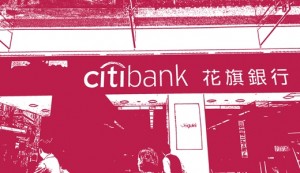 HANDS SLAPPED: 5 Banks Get Hit with Fines for Currency Manipulation

In a major crackdown, five major banks (UBS, RBS, HSBC, Citigroup and JPMorgan) have got hit with fines from various financial regulators. With regard to the UK’s Financial Conduct Authority (FCA), this is the largest set of charges ever levied by U.K. financial regulators.

In total, US$ 3.4 billion in fines were levied by the three regulators: FCA, CFTC, and FINMA.

According to the FCA Press Release, “Between 1 January 2008 and 15 October 2013, ineffective controls at the Banks allowed G10 spot FX traders to put their Banks’ interests ahead of those of their clients, other market participants and the wider UK financial system. The Banks failed to manage obvious risks around confidentiality, conflicts of interest and trading conduct.”

The traders at these banks shared information about client activities which was supposed to be confidential. Furthermore, the banks have been caught manipulating G10 spot FX currency rates, important rates for the financial markets.

In a CFTC press release, Aitan Goelman, the CFTC’s Director of Enforcement, stated: “The setting of a benchmark rate is not simply another opportunity for banks to earn a profit. Countless individuals and companies around the world rely on these rates to settle financial contracts, and this reliance is premised on faith in the fundamental integrity of these benchmarks. The market only works if people have confidence that the process of setting these benchmarks is fair, not corrupted by manipulation by some of the biggest banks in the world.”