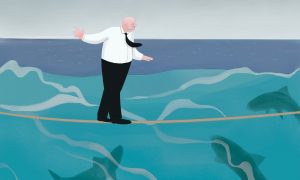 3 Lessons Learned by Public Pensions in 2014

Public pensions still have a long way to go when it comes to funding obligations.

You Can Sue Your Investment Consultant for Lousy Advice

Investment consulting giant Towers Watson is being sued for more than £47 million (US$ 72 million) from a mid-sized UK pension fund. The £8.7 pension fund, British Coal Staff Superannuation Scheme (BCSSS), filed the lawsuit in the United States. The suit alleges Towers Watson giving “negligent investment consulting advice” to the pension relating to a currency hedge. To be specific, the lawsuit is related to a currency hedge on a £250 million investment in a local currency emerging market debt fund managed by Bluebay Asset Management, which was made in August 2008. The advice was provided by Watson Wyatt, which merged with Towers Perrin to create Towers Watson in 2010. The loss was valued at £47.5 million by the pension fund from the period of August 2008 to October 2012. On September 4, 2014, trustees of the British Coal Staff Superannuation Scheme sent a demand letter to Towers Watson. According to SEC filings, Towers Watson plans to defend the matter vigorously.

Despite hopeful gains on equity investments, U.S. pensions still are falling short of what they owe to future retirees. Public pensions still have a long way to go when it comes to funding obligations. U.S. Census Bureau’s Quarterly Survey of Public Pensions came out with a third quarter report finding pension assets fell 1.8% to US$ 3.3 trillion (September 30, 2014) from US$ 3.37 trillion as of June 30. However, these pension assets are up 8% from September 30, 2013. The survey represents 100 public pensions and 88.4% of all U.S. public pension assets.