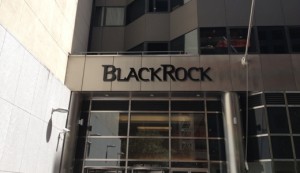 Is BlackRock Too Big? With continued loose monetary policy and relatively less regulatory hurdles than banks and brokers, gargantuan U.S. asset management firms have financially prospered over the past years. According to an SEC filing, as of December 31, 2014, BlackRock reached US$ 4.652 trillion in assets under management. This monumental figure is an 8% increase from last year’s number. In 2006, BlackRock’s assets under management crossed the US$ 1 trillion threshold. To put things into perspective, the U.S. retirement market in 2013 was worth US$ 23 trillion, according to the Investment Company Institute (ICI). Using BlackRock’s assets under management figure for December 2013 of US$ 4.324 trillion, the asset manager stacks up, as being almost a fifth the size of the whole U.S. retirement market. BlackRock’s AUM is majority made up of institutional investors at 65% – a key revenue generator. The asset manager counts sovereign wealth funds, central banks, pensions, life insurance companies and endowments as major clients.

We Are the Good Guys

However, the concentration of assets in large asset managers has steadily grown over the years.

Asset managers contend, due to their very nature of managing other people’s money, they are not taking specific risk on their own balance sheets. Thus, investment managers believe they are less susceptible to financial distress versus banks, brokers and insurers. Brand name managers such as PIMCO, BlackRock and Fidelity Investments have further debated that asset managers like them, should not be designated systemically important financial institutions (SIFI). BlackRock is using its financial muscle to lobby on Capitol Hill. According to the Center for Responsive Politics, since 2010, BlackRock has spent over US$ 1 million in annual lobbying.

In late 2014, the debate between the FSB and the SEC has shifted toward analyzing an asset manager’s products and services versus an individual asset manager.

However, the concentration of assets in large asset managers has steadily grown over the years. Officials at the Financial Stability Board (FSB), an international body backed by a number of governments, fear that an investment manager with a high concentration of assets that faces redemption could potentially impact multiple markets. Since the passage of Dodd–Frank Wall Street Reform and Consumer Protection Act (Dodd-Frank), all banks with more than US$ 50 billion in assets were marked as SIFI. Even non-banking institutions were marked as SIFIs such as, GE Capital, American International Group (AIG) and Prudential. Figure wise, US$ 50 billion is a lot less than BlackRock’s US$ 4.6 trillion. In late 2014, the debate between the FSB and the SEC has shifted toward analyzing an asset manager’s products and services versus an individual asset manager.

BlackRock CEO, chairman and co-founder Lawrence (Larry) Fink spent more than two and a half decades building BlackRock into the world’s largest asset manager. BlackRock was formed in 1988 by Fink and seven partners, who possessed sell-side experience on Wall Street with legendary firms like Lehman Brothers and First Boston. Fink was a wunderkind at investment bank First Boston, helping shape the securitization industry. BlackRock got its break when Blackstone Group LP gave Fink and his partners a US$ 5 million credit line in exchange for a 50% stake in the bond business. BlackRock’s niche at the time was trading and managing complex mortgage-backed securities. By 1989, BlackRock was managing around US$ 2.7 billion in assets under management. Over time Blackstone’s ownership stake dwindled, as BlackRock hired more employees, using company ownership as a lure. Steve Schwarzman, head of Blackstone, was not pleased of the company’s stake being diluted.

Fink wanted to find a new owner. Pittsburgh-based bank PNC paid US$ 240 million for BlackRock in 1995 and the bank then gave 18% of its ownership to 39 BlackRock employees. Schwarzman said selling BlackRock was the worst business decision he ever made. BlackRock floated in 1999. To gain market share in equities, BlackRock acquired State Street Research & Management in 2005 and Merrill Lynch Investment Managers in 2006. BlackRock then picked up a crown jewel, Barclays Global Investors (BGI), whose products included the famous brand of exchange-traded funds (ETFs) called iShares. A small investment management company of eight partners to a colossal financial institution of more than 11,000 employees, BlackRock has made a series of successful company acquisitions and strategic shifts to gain market share over rivals such as Fidelity Investments, State Street, and Vanguard Group.