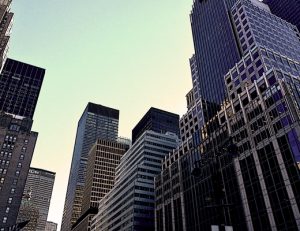 Do Diverse Pension Plans Hire Diverse Investment Managers: The Answer May Surprise You

This article is sponsored by National Association of Investment Companies.

As America’s population continues to become more diverse, the number of careers and economic opportunities in which members of these communities were historically shut out has gradually declined. In the corporate arena, management, the C-Suite and boardrooms are progressively looking less homogenous after painstaking work by trailblazers and others not afraid of the repercussions that come from demanding change. In the National Football League, the Rooney Rule led to increased hiring of African American coaches. However, the financial services industry remains one of the areas in which diversity has been slower to take hold.

Assets under management at diverse-owned private equity funds are growing at a slower pace than the general market, and there remains a vast disparity between the number of pension plans that invest with funds managed by diverse firms and those that do not. And it is not due to a lack of performance. In fact, Recognizing the Results, a report by KPMG that measured private equity performance from 1998-2011, showed that NAIC members (all of which are diverse firms) produced superior returns over a sustained period when compared with the general private equity industry.

Some public pension plans have instituted programs that seek broader diversity among their investment managers by ensuring inclusion. However, most of these plans are located within a handful of states: New York, California, Illinois and Texas. On May 1, 2015, New York City Comptroller Scott M. Stringer announced an initiative in which diversity will now formally be considered as a criterion in manager evaluation and selection. In the press release, the Comptroller’s office stated, “as an industry, asset managers are failing on diversity.” The release goes on to state that 83% of portfolio managers in the United States are white. The New York City Retirement Systems had $10.9 billion of their $162.8 billion in assets under management (as of March 31, 2015) invested with diverse or women-owned firms, making it one of the most diversely invested plans in the nation.

In fact, Recognizing the Results, a report by KPMG that measured private equity performance from 1998-2011, showed that NAIC members (all of which are diverse firms) produced superior returns over a sustained period when compared with the general private equity industry.

Conversely Ohio, Michigan, North Carolina, Pennsylvania and New Jersey – all states with significant diverse populations – are among those that invest very little as a proportion of their total assets with diverse managers. This means an African American teacher or a Latino police officer in one of these states is unlikely to see his or her retirement funds invested with a high-performing investment manager who looks like them. The North Carolina Department of State Treasurer, Ohio Public Employees’ Retirement System, Michigan Department of the Treasury and New Jersey Department of the Treasury were all contacted for this article but did not respond.

And while in some cases, efforts have been made to diversify supplier bases within many of these cities and states, those efforts have yet to include those professionals who manage city or state investment funds on a significant level. “I don’t think there’s a cabal of people that sits down, saying, ‘Let’s make sure that diverse firms do not get capital,’” asserts Kola Olofinboba, Managing Partner at Fairview Capital, a West Hartford, Connecticut-based private equity investment management firm. “But it is a competitive business and things will not improve magically – it takes awareness, commitment, and effort by a broad range of stakeholders and decision-makers to change things.” According to Derek Jones, Managing Director at GCM Grosvenor, there are two main reasons some states and municipalities embrace diversity more so than others. First, he says, many plans and their consultants continue to hire what is familiar to them. “Second, a lot of people appear to assume that investing with diverse managers is more about ‘mission’ than performance and that you might be compromising your fiduciary obligations by investing with diverse managers. That is simply not true in my experience. There are plenty of diverse managers with private equity experience and strong track records. You just have to want to find them.”

Jones points out that the diverse manager programs GCM Grosvenor runs for clients focus on performance first and foremost. “We are in a much more competitive, global environment today, with rapidly changing demographics,” he says. “It is our job to find alpha, so we look for managers who have a competitive advantage from our perspective in terms of strategy, perspective, sourcing, and experience.”

So why are some states and municipalities embracing inclusion on the investment front more completely than others? The reasons given vary. “I think there is an opinion that, one, there’s a lot of work involved. Two, that there’s something unknown or magical about it versus it being the same type of private equity fund,” says Cheryl D. Alston, Executive Director of the $3.5 billion Employees’ Retirement Fund (ERF) of the City of Dallas. “If the board says we need to be more inclusive, make sure that our investments reflect diversity, sometimes the staff will say, ‘it’s too hard’ or ‘we need more resources in order to do that.’ I think that’s why there are a number of large states or large cities that have not adopted these programs.”

At least one study has looked into this. Investment Manager Diversity: The Hardest Taboo to Break, a case study by Emmett D. Carson, Ph.D., CEO of Silicon Valley Community Foundation and Michael Miller, Managing Director of Colonial Consulting LLC, states that some investment committees believe that identifying a diverse pool of quality investment managers is somehow contradictory to the goal of maximizing returns.

Alston contends that once a well-designed system of inclusion is put in place, identifying and conducting due diligence on an emerging manager investment team would require no extra effort than what would be done with any other investment. “I just think that once they embark on the process, they realize that we didn’t have to create this entire separate structure to do this,” she says. “We just need to tell people who are managing those asset classes, to do a search where the opportunity set are the smaller managers. Then go through your normal process with that opportunity set.” The Dallas ERF has a target allocation of 10% of the fund with diverse managers.

The pension plan’s “Next Generation” program (the term the Dallas ERF uses for ethnically diverse and woman-owned firms) grew out of the financial turmoil of 2008 when the plan’s board observed that most institutions were investing with large managers and decided to focus on making sure smaller managers that have great performance in key asset classes were included in the process. Rather than accomplish that through the RFP process, the plan opted to write it into its general investment policy.

The Dallas ERF team uses the same performance requirements they would have for any fund, but for the Next Generation program, they add a maximum size of management of $10 billion. This effectively narrows the lens by removing the big-name firms. From there, the team will conduct an RFP and once that is reviewed, conduct due diligence. “We meet with everyone, from the founder or the CEO, down to – depending on the strategy – the analysts and compliance officers,” Alston explains. “We go through the normal due diligence process. We bring back a list of finalists for the board. We have final presentations and the board selects.” The end result: solid rates of return of 6.5% for 1 year, 12.5% for 3 year and 10.7% for 5 years as of December 31, 2014.

Direction from the Board

The onus for instituting a policy of inclusion rests predominantly with the boards of these public pension plans. If fiduciary duty is defined as a legal responsibility to act solely in another party’s best interests, one can question why diversity is applied to asset classes and number of managers but not to the type of investment managers. Until more public pension plan boards understand and appreciate the value (and potential returns) that many of these diverse investment managers offer, it can be questioned whether fiduciary duties are being met if an entire category of managers aren’t even being considered.

It’s not about Affirmative Action. It’s about creating a level of comfort between a pension plan staff that wants to fulfill their fiduciary responsibilities and a diverse firm that may well have the ability to generate superior returns. “I do think a larger swath of the consultant world would truly benefit from really understanding and meeting more of the managers,” says Joseph Haslip, Managing Director for the Silverfern Group, a co-investment fund for ultra-high net worth family offices. “Particularly those that you track as above top quartile, which is now a significant amount.”

Institutional investors need to recognize that their fiduciary responsibility requires them to identify a broad set of managers that can deliver outstanding returns for their beneficiaries.

But again, this has to be mandated from the top. “If the boards don’t ask the questions, and the staff doesn’t ask for it, then it doesn’t get done,” says Alston. “If the board does ask the question, then staff will say, ‘well, you know, it’s either too hard or we need more resources in order to do that.’ But if the board says it has to be done and just asks when it will be done, then it happens.”

The principal value proposition of investing with diverse managers is not a social return, but a robust economic return. “This is the right thing, but it’s also right for the plan. It’s the right thing for many reasons, because this is a way of capturing outperformance in a very competitive market, which is obviously good for the funds, good for the pensioners and good for everyone involved,” says Jose Feliciano, founder and Managing Partner of Clearlake Capital Group, a high-performing private equity firm whose most recent fund was oversubscribed.

According to Robert L. Greene, the President & CEO of NAIC, it all comes down to executing fiduciary duties. “Institutional investors need to recognize that their fiduciary responsibility requires them to identify a broad set of managers that can deliver outstanding returns for their beneficiaries,” he asserts. “The diverse manager universe has developed to a point where it can no longer be overlooked and discounted because, the returns speak for themselves.”

About NAIC
For more information, visit the National Association of Investment Companies at www.naicpe.com, call +1 202-204-3001 or email the author at ahughes@hughescommconsulting.com