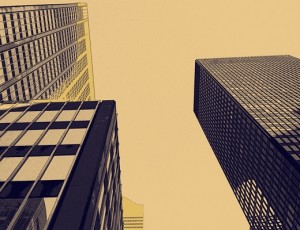 Why Institutional Investors are Bullish on U.S. Real Estate

This article is sponsored by Marcus & Millichap.

Most commercial brokerage firms had their best year ever in 2015 in terms of transactions closed, dollar volume closed, and revenue. (At Marcus & Millichap, we closed 7,667 transactions totaling $33,139,000,000). We expect 2016 to be another strong year for investment real estate in the United States. Gross domestic product (GDP) grew modestly last year, and we believe it will grow 1.5%-2.5% in 2016. Trade imbalances related to the stronger dollar and weaker foreign economies could subdue economic expansion in 2016 to a limited degree. Following an addition of 2.65 million jobs in 2015, we see continued job growth and project roughly the same amount of new jobs in 2016.

Though January 2016 has seen a sharp decline in the stock market with a lot of volatility, we believe there are still good reasons to feel positive about the U.S. real estate market:

Our Multi-Family Investment outlook remains healthy. Potential demographic-driven upsides drove capital into the apartment sector in 2015. Primary markets accounted for the majority of deals and dollar volume during the year, but secondary markets also stood out, posting sizable gains in transactions and dollar volume. With cap rates for Class A assets in preferred and primary markets at less than 5 percent, development will continue to become an option for groups seeking to capture higher yields. Locations near mass-transit hubs in urbanized markets are prime targets.

The Office Market both in CBDs and in the suburbs in 2015 saw absorption at brisk levels with vacancy down 90 basis points and rents up 2.9% on average. With the “co-working” trend accelerating, and job growth steady, we think 2016 will bring continued absorption and rent growth in the office sector.

Growth across multiple industries enabled U.S. employers to add 292,000 jobs last month, pushing total new jobs in 2015 to 2.65 million, the second-highest annual total of the current expansion cycle. Service providers led the way in December, with professional and business services adding 73,000 workers during the month. The sound state and security of the job market continues to provide the means for many workers to pursue educational goals that were put off during the recession and in the early stages of the recovery.

Several gauges of labor-market slack ended 2015 on a high note and will provide confidence to Federal Reserve policymakers. The underemployment rate registered 9.9 percent in December, marking the third consecutive month with a reading of less than 10 percent, the first such occurrence since 2008. The number of workers who could find only part-time work also fell for the second consecutive year in 2015, a sign of greater employer willingness to make long-term commitments that was not evident in the early phases of the current expansion. Vacancy was on track to fall modestly in 2015, but the sector could perform more vigorously this year as recent staffing gains translate into actual requirements for larger workspaces.

The Net Lease Sector is still going strong even if it has slightly decelerated from its frothy peak in the first half of 2015. Demand is strong from 1031 exchange buyers and net lease funds. Net lease retail cap rates have flattened a bit, but still are in the 5.0 to 6.0 range for investment grade tenants.

Due to the ease of capital migration, net-leased assets remain highly attractive with institutional and private buyers seeking to deploy money outside their home markets.

Historically low interest rates and rising property values have encouraged investors to expand their holdings in a search for yield. Due to the ease of capital migration, net-leased assets remain highly attractive with institutional and private buyers seeking to deploy money outside their home markets. Extremely low Treasury yields have led to robust competition among potential bidders wishing to rebalance or exchange their assets, and many closed sales consisted of high portions of cash. Assets with a large majority of the lease remaining and corporate credit tenancy will often exchange ownership in excess of the asking price, depending on traffic counts and location. Foreign capital also remains active, particularly due to recent volatility in overseas currency and equity markets, with investors keen on the safety and security of U.S. based assets. An expected interest rate increase from the Federal Reserve will encourage elevated trading activity throughout the remainder of 2015. We expect net lease cap rates to decompress 25-50 basis points in 2016. Total retail sales climbed 2.2 percent in 2015 despite a double-digit tumble in gas station sales for the entire year. A bright spot was spending at food service and drinking establishments, which surged 6.7 percent for the year, indicating consumers remain confident in the direction of the economy. Housing-related categories, however, were mixed. Sales of building materials and garden equipment jumped 4.2 percent last year as homeowners undertook home improvement projects, but furniture sales were up only slightly. A low homeownership rate and growing preference for rentals continue to suppress growth in this category.

Including the 7.1 percent increase last year, online sales have expanded more than 50 percent since employers resumed hiring in 2010, far outpacing the 23 percent bump in store-based sales over the same stretch. Sales online rose 20 percent during the holiday shopping season, easily surpassing the results posted in other retail categories. The rise to prominence of sites including Amazon will continue to prompt retailers’ strategies to reach consumers, such as Macy’s and Saks have recently announced.

Overall retail property vacancy was on track to fall to 6.1 percent last year as completions remained minimal and space demand grew; tighter vacancy was also supporting rent growth in the low-2 percent range. Some additional vacancy may arise, though, as Walmart shutters more than 150 U.S. stores, including 102 Walmart Express locations.

The rise in the online retail segment continues to generate new demand for space for warehousing consumer goods and order fulfillment. Absorption of space by retail tenants contributed to a 30-basis-point decrease in U.S. industrial vacancy last year to 6.5 percent. An additional decline will occur in 2016 as demand rises and limited speculative space comes online.

Institutional capital is flowing into places like Philadelphia, Nashville, San Antonio, Austin, Denver and San Diego in search of better yields on all asset classes.

One trend we are seeing is capital being invested in what some call “18 hour” cities given the very low yields in “gateway” cities like New York, Chicago, Los Angeles, and Miami. Institutional capital is flowing into places like Philadelphia, Nashville, San Antonio, Austin, Denver and San Diego in search of better yields on all asset classes. Another trend is anticipating the residential and work habits of the Millennial generation. Many are deferring marriage and children to later, but when they do marry, will they stay in urban hubs or will many move to suburbs? We predict many will stay in urban hubs, but a significant percentage will go to closer in suburbs with amenities, mass transit, and mixed use within 20 minutes of the downtown urban core.

Automobile use by the Millennials is down 23% according to the Urban Land Institute. Last, the Baby Boomer generation is working longer and downsizing their households, which will effect both the multifamily and office sectors.

Of course, the big question is where to invest. Gateway cities have become very expensive, and cap rates are at their lowest point ever. Many young people are being priced out of places like New York and moving elsewhere. The United States is a large country and there are many markets that have economic drivers, are sustainable, and have demographics that are appealing To pick up on the theme of 18 hour cities previously mentioned, we see more capital seeking a higher yield by looking in secondary markets, suburbs of primary and secondary markets, and other areas where there are identifiable economic drivers, such as “university towns”, port cities, highway distribution hub areas, and infill areas in the Northeast Corridor from Washington to Boston. Philadelphia, San Antonio, San Diego, Austin, and Nashville are a small sample of such markets. There are more, and they are a safe haven. Quality multi-family, retail, office and industrial assets exist in many parts of the country and investors seeking yield are remiss in not seeking them out and understanding the markets they are in.

Marcus & Millichap knows those markets better than anyone. As of early January 2016, we had over $12 billion in inventory listed in the four major asset classes.

There are thousands of private equity owners, merchant developers, and 1031 exchange buyers throughout the United States. Good advisors and real estate professionals can create portfolio opportunities as well as sale/leaseback opportunities for acquisition and disposition across multiple asset classes. New data resources and technologies allow investors to mine information and drill down to look at these markets at a granular level. It’s a big country. Explore it, and invest in it.

Marcus & Millichap
Since 1971, Marcus & Millichap (NYSE: MMI) has been the premier provider of investment real estate brokerage services. The foundation of our investment sales is the depth of our local market knowledge. Our 44-year history of maintaining investor relationships in local markets enables us to be the best information source and transaction service provider in North America.

Marcus & Millichap has established itself as a leading and expanding investment real estate company with over 1,500 investment professionals in 80 offices throughout the United States and Canada.