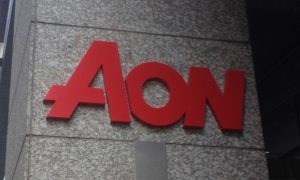 BlackRock is moving its headquarters from East 52nd Street (Midtown) to 50 Hudson Yards. Hudson Yards is partially backed by sovereign wealth money such as the Kuwait Investment Authority (KIA). The move is targeted for 2022.

Lucien Wong to Resign from Temasek Holdings’ Board

The European Central Bank (ECB) announced they would be slowing the pace of its asset purchase program, from €80 billion per month to €60 billion per month. The ECB has extended its quantitative easing (QE) program by nine months, having the total size be north of €2.2 trillion. The ECB has swiftly denied that they are ending its monetary stimulus program.

Insurance broker giant Aon Plc, a London-based company, is contemplating selling its division that other companies use to outsource the administration of employee benefits. The unit is valued at US$ 5 billion. In a stunning reversal, the divestiture would unravel Aon’s US$ 4.9 billion acquisition of human resources services provider Hewitt Associates Inc. in 2010. Aon has tapped Morgan Stanley to assist on the sales process.