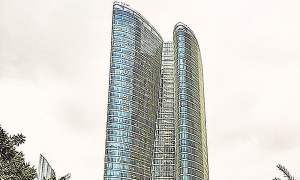 According to SWFI’s Sovereign Wealth Fund Transaction Database, sovereign funds directly invested over US$ 4.56 billion into India in 2015. In early December, Singapore’s Temasek Holdings and private equity giant KKR, acquired a 3.9% ownership interest in life insurer SBI Life Insurance Company Limited for Rs 1,794 crore (US$ 264 million) from the State Bank of India (SBI). Specifically, a sovereign wealth enterprise (SWE) of Temasek Holdings is purchasing 1.95 crore shares at Rs 10, while an investment vehicle affiliated with the KKR-managed funds is doing the same. Temasek is purchasing a 1.95% interest for Rs 897 crore (US$ 133 million) in SBI Life. This values SBI Life at around Rs 46,000 crore. Temasek Holdings’ legal advisor was Khaitan & Co. Before the deal, SBI Life Insurance was a 74:26 joint venture between SBI and BNP Paribas Cardiff, the life, property and casualty insurance unit of BNP Paribas.

Sovereign wealth funds were the white knights for many financial institutions during the 2008 financial crisis. Still there is some speculation that the struggling Banca Monte dei Paschi di Siena S.p.A., an Italian bank, could still do a private recapitalization from the likes of the Qatar Investment Authority (QIA). The QIA could invest €1 billion in Monte dei Paschi di Siena. Even if the QIA deal does not go through, it is an indication that wealth funds will be optimistic going into 2017.

Many sovereign funds are stitching up deals late in 2016, whether in real estate or exiting illiquid company vehicles that have gone through an initial public offering. For example, Bermuda-based Athene Holding Limited, a fixed annuity service provider, had its initial public offering at US$ 8.25 billion. Athene was backed by Apollo Global Management LLC, but also had investors such as the Teacher Retirement System of Texas (TRS) and Cayman Islands-based Procific, a sovereign wealth enterprise of the Abu Dhabi Investment Authority (ADIA). The stock offering raised approximately US$ 1.08 billion, all for selling shareholders such as TRS and ADIA. Citigroup, Goldman Sachs and Wells Fargo were the underwriters for the Athene offering.