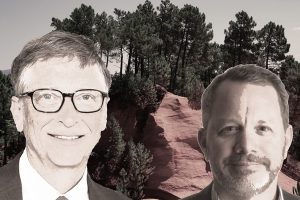 Bill Gates, TPG and Others Line up Big Dough for Breakthroughs

Billionaire philanthropist and founder of Microsoft Bill Gates has formed a US$ 1 billion investment fund called Breakthrough Energy Ventures. This comes after Bill Gates, in November 2015, revealed a Breakthrough Energy Coalition of billionaires and business leaders who stated they were committed to investing in new forms of energy. The fund will invest in all forms of emissions-free energy, embarking on multiple-scenario approach. The fund is targeting a number of technologies to tackle greenhouse gas emissions in areas such as electricity, manufacturing, transportation, buildings and food. The fund aims to have a 20-year term, much longer than traditional venture capital or private equity fund terms. Bill Gates also wants to see ventures either show progress or quickly fail. A slate of global billionaires and investors have joined in. The fund also could work with corporate partners in the traditional energy space such as Total SA.

Here are the investors:

Gates is far from a novice when it comes to clean energy investing. In 2005, the crafty billionaire invested US$ 84 million into Pacific Ethanol. By June 2008, Cascade Investments, the investment arm of Bill Gates’ private wealth, sold off its 20.6% stake in Sacramento-based Pacific Ethanol. Gates also invested capital into private nuclear-fission company TerraPower, LLC, which is developing a traveling wave reactor, which seeks to utilize nuclear waste. Nuclear energy production is zero-carbon, but management issues and nuclear waste is a major concern for environmentalists. Gates is having that TerraPower’s pilot plant being built in China with a targeted completion date of 2024.

TPG Gets Into Impact Investing

Private equity is keen on getting its hands into the world of impact investing, an area of keen interest for wealthy philanthropists. William E. McGlashan Jr. is a partner at mega private equity firm TPG. He was involved in many deals such as investing in Airbnb, Spotify, Fender and car hailing app Uber. McGlashan also had success in investing in Apollo Tower, a cellphone tower company in Myanmar, which eventually yielded high profits, but helped the emerging Asian nation have greater access to information and communication.

By assembling a cadre of rich billionaires and philanthropists, McGlashan convinced them to invest in a new “social impact” fund called Rise or Rise Fund. Joining Rise as both board members and investors include famous people such as Bono, Jeff Skoll, Mellody Hobson, Mo Ibrahim, Pierre Omidyar, Reid Hoffman, Laurene Powell Jobs and Richard Branson. It is even rumored that two large pensions and a sovereign wealth fund have committed to investing in Rise, giving a mix of high-net-worth money and institutional investor capital. In September 2016, Rise had a target of US$ 1 billion. By December 2016, Rise looked to have US$ 2 billion in commitments. The initial fund for Rise will have most of TPG’s current staff, another assurance for investors.