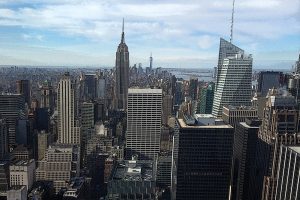 Incoming data and research figures from the Sovereign Wealth Fund Institute (SWFI) show that sovereign funds from 2014 to the end of 2016 have been increasing direct investments into North America, specifically the United States, while steadily decreasing direct investments into Europe. 2016 direct investment transaction data is not fully tabulated yet, as the fourth quarter is not finalized. However, we can derive some conclusions from looking at the current data and the transactions amounts will only increase as more of these unaccounted transactions are added in the near future. In addition, the direct transaction data does not include fund commitments (outsourced money management) and only has a small sample of bond purchases. However, with a universe of equity, convertible, real estate, infrastructure and other asset types; these types demonstrate a level of confidence in a recipient country due to the higher perceived risk versus traditional fixed income instruments, according to SWFI researchers.

Historically, Europe had a bias of receiving more direct investments by sovereign investors compared to North America in regard to equity investments. First, Norway’s Government Pension Fund Global (GPFG) is a major investor in European equities and Gulf-based wealth funds have invested heavily into the continent for decades. On the other hand, in the past, wealth funds had outsourced a good portion of fund management to external fund managers targeting U.S. equities.

SWFI research postulates the slowdown in European direct investments by sovereign wealth funds can be partially attributed to European bank financial woes, greater political risk within the eurozone and the anticipation of Brexit. Internecine strife between pro-EU political movements versus populism has created a level of hesitation in certain sectors of the European investment economy. For example, numerous financial media outlets reported, the Qatar Investment Authority (QIA) was lined up to participate to invest in a capital increase for Banca Monte dei Paschi di Siena S.p.A., the oldest surviving bank in the world. The resounding defeat of Italy’s Prime Minister Matteo Renzi’s proposition appeared to be the final blow to kill the deal for the QIA. However, post-Brexit results, so far, the fourth quarter appears to see a surge in sovereign wealth money flowing back into Europe.

The trend of wealth funds increasing direct investment in the U.S. occurred well before the results of the U.S. election. Asian and Gulf-based wealth funds have been major financial backers of startups in Silicon Valley, such as Square, Uber Technologies and Snap (formerly SnapChat). Other wealth funds have invested in cloud technologies. For example, on January 5, 2017, Australia’s Future Fund joined other investors in a US$ 41 million Series D funding round of Frederick, Maryland-based Fugue, Inc., a company that built an operating system for managing cloud-based workloads. New Enterprise Associates led the venture round. Soon after, the Future Fund also announced they participated in a US$ 45 million Series C round in Campbell, California-based Bitglass, a cloud security access broker operating in the cybersecurity industry. Other investors in this round included New Enterprise Associates, Norwest Venture Partners, Singtel’s investing subsidiary Innov8, and others.

Mutual funds are slowly pulling out of backing private technology companies, while longer-term investors such as sovereign wealth funds are providing the necessary financial firepower. There are a multitude of reasons why large startups prefer sovereign wealth, pension capital, or family office capital versus mutual funds. Mutual fund giants like Fidelity Investments often have to raise or lower valuations on their unlisted holdings. These mutual funds create lower valuations for startups in certain scenarios. Second, wealth funds tend to be more patient, longer-term sources of capital, even more so compared to pensions which have contingent liabilities. Wealth funds do have liabilities, such as oil-based funds, in which its respective government may need to tap the fund for funding the country.