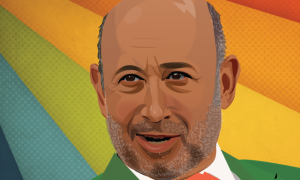 International Petroleum Investment Company (IPIC), which is now wrapped up into Abu Dhabi-based Mubadala Investment Company, is suing Goldman Sachs over its role in the 1MBD international corruption scandal. IPIC, through its unit Aabar Investments, was once an investment partner of 1Malaysia Development Berhad (IMDB). In the lawsuit, Aabar believes Goldman Sachs conspired with others to bribe both IPIC and Aabar Investment former executives. SWFI and other media outlets have written extensively on the matter.

In the fall, the U.S. Department of Justice (DOJ) already unsealed criminal charges against key players in the massive fraudulent scheme, while Malaysian government officials have jailed its former prime minister Najib Razak.

Goldman Sachs faces a plethora of lawsuits and regulatory probes stemming from its involvement in the 1MDB scandal.