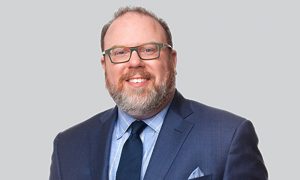 Danske Bank: A Fall From Grace

“This is the biggest scandal, which we have now in Europe, which is also a very unpleasant lesson [showing] the need to be much more vigilant and [for] much more prudent checking [of banks’ activities].” Vĕra Jourová, EU Justice Commissioner

Danske Bank, Denmark’s largest lender, has gone from being one of Europe’s most respected financial institutions to being caught-up in one of the biggest money laundering scandals in history. Indeed, the ripple effects of the over €200 billion in laundered money apparently going through its accounts has been felt across the globe. Other global financial institutions, such as Deutsche Bank, Bank of America and JPMorgan Chase, have also been implicated in this tangled web of non-resident money flowing through Danske Bank’s Estonian branch from 2007 through 2015. Moreover, investigations have been commenced by the authorities in Denmark, Germany, France, Estonia, the UK, and the US.

The Bruun & Hjejle Report (the “B&H Report”) was released on September 19, 2018, summarizing the results of an investigation into money laundering incidents affecting the so-called “Non-Resident Portfolio” (the “Portfolio”) at Danske Bank’s Estonian branch.

The scandal began in 2007, when Danske Bank acquired Finland-based Sampo Bank, which also had an Estonian branch. Over the nine years from 2007 through 2015, at this particular branch, 44 percent of all deposits came from non-residents of Estonia—approximately 10,000 of the branch’s customers. The B&H Report also examined an additional 5,000 accounts. Between 2007 and 2015, these same customers conducted 7.5 million transactions (not including transfers between customers). In total, that flow of money added up to about €200 billion. Of the 6,200 customers the B&H Report had examined as of its publication, it stated the vast majority of these customers had been deemed suspicious and it was therefore expected that a large number of the payments were equally suspicious.

Moreover, in 2007 Danske Bank received specific information from the Russian Central Bank, through the Danish Financial Supervision Authority, which indicated possible “tax and custom payments evasion” and “criminal activity in its pure form, including money laundering”, estimated at “billions of rubles monthly”. In addition, as early as 2007, the Estonian Financial Supervision Authority published a critical report on the bank’s activities.

To make matters worse, according to the B&H Report, 42 employees and eight former employees may have been colluding with criminals to maintain this money laundering activity. The B&H Report states that two of the main perpetrators were the Russian and Azerbaijani “Laundromat” operations.

Despite all of this suspect activity, and although a number of whistleblower reports were received, Danske Bank did nothing. These claims were not properly investigated and faded into the woodwork.

Although the allegations date back to 2014 (and before), Danske Bank had not previously provided any substantial disclosures in relation to money laundering. There was no specific reference to problems in Estonia in Danske Bank’s annual report of 2014 published on February 3, 2015 (although the 2014 Risk Management document published at the same time, clearly refers to a Group Compliance and AML function, operating within Danske Bank). It was not until Danske Bank published its 2017 Annual Report on February 2, 2018 that it made a more focused disclosure. The Annual Report stated:

“During the year, serious questions were raised regarding events that took place in our Estonian branch in the now terminated non-resident portfolio in the period between 2007 and 2015. It appears that our Estonian branch may have been used for money laundering. Both the Board of Directors and the Executive Board take this very seriously. Consequently, in collaboration with independent experts, we have launched thorough investigations into the matter.” (Emphasis added).

“On the basis of suspicions that Danske Bank in Estonia may have been used for money laundering, the Group launched investigations into the non-resident portfolio at our Estonian branch between 2007 and 2015. The conclusion of a root cause analysis was that several deficiencies in the period from 2007 to 2015 led to the Estonian branch not being sufficiently effective in preventing it from potentially being used for money laundering. As a result, the Group chose to expand its investigation to cover all customers and transactions in the non-resident portfolio at the Estonian branch in that period.” (Emphasis added).

As is evident from these statements, Danske Bank was giving the impression that everything was very much “up in the air” and that they didn’t have full knowledge. The B&H Report suggests that the reality was very different.

Danske Bank’s share price has suffered significant falls as the market came to appreciate the magnitude of the problem and non-Danish regulators began to take an interest. In total, since July 2018, Danske Bank’s share price has fallen over 30%. Morgan Stanley estimated that Danske Bank could be fined up to $9 billion, the scandal claimed the scalp of the former CEO, Thomas Borgen, and a major shareholder demanded the head of the Chairman as well who has now since departed.

Shareholders Have Ability to Seek Redress to Recoup Losses
IMF Litigation Funding Services Limited (“IMF”), the European arm of IMF Bentham Limited, is proposing to fund (through its group investment vehicles) a shareholder action on behalf of institutional investor shareholders of Danske Bank (CPSE: DANSKE; ISIN: DK0010274414). The proposed action is open to investors who suffered loss after acquiring ordinary shares in Danske Bank during the period from April 29, 2014 through September 19, 2018, inclusive (the “Relevant Period”). The action will be led by specialist Danish law firm NJORD Law and leading global litigation law firm Quinn Emanuel.

The claim is against Danske Bank, due to the false market that was created as a consequence of its failures to adequately disclose inside information in contravention of the Danish Securities Trading Act (“DSTA”) and applicable EU anti-money laundering regulations, arising from the suspicious, non-resident money transactions which flowed through Danske Bank’s Estonian branch from 2007 until 2015.

Current and former Danske Bank shareholders who acquired shares in Danske Bank in the Relevant Period may be entitled to seek compensation for damages or losses pursuant to DSTA, national tort law and/or other legislation as a result of Danske Bank’s conduct.

For more information please contact the authors at danske@imf.com.au or please visit https://www.imf.com.au/danske.