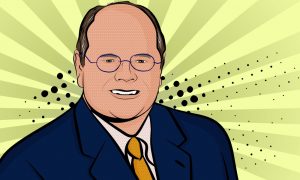 Public markets have taken a beating in 2011 and treasuries are producing low yields. Public investors across the United States have had board conversations to reduce their target rate of return. There has been a significant shift of more American public pensions of either moving towards alternatives or growing existing exposure. A number of public pension plans are trying to be more creative and opportunistic when investing plan assets.

Trustees viewed the opportunity as a different type of risk, another way of earning a risk-adjusted return.

Basically, TRS will receive annual profit distributions based on their equity ownership percentage. The value of TRS’ equity interest has the possibility of increasing if the firm can attract more clients; asset managers get paid when they manage more assets.

The chief investment officer of the TRS, Britt Harris briefly served as chief executive of Bridgewater Associates. He recused himself from the process and has no personal financial interest in Bridgewater for more than five years. Ray Dalio, who founded Bridgewater, and his family trust will maintain around a 10% to 20% equity stake at the end of a ten year period. CalPERS made a similar move investing in the Carlyle Group along with Mubadala Development Company.

Moving along the alternative spectrum

Recently, the Georgia State Senate approved legislation to allow Georgia’s public pension funds to invest in alternatives, private placements, and other private instruments. The bill would allow public funds to invest up to 5% of total assets in alternative investments managed by firms with at least US$ 100 million in assets under management. In February, the California State Teachers’ Retirement System (CalSTRS) gave Industry Funds Management, an infrastructure mandate worth US$ 500 million. CalSTRS has made a big thrust into infrastructure investments, similar to their neighbor CalPERS.

In addition, they’ve made a strategic investment into Bridgewater Associates. On another note, the Wyoming Retirement System has developed plans to make its first private equity investments. The US$ 6.5 billion public pension received board approval on February 17, 2012.