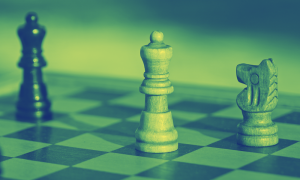 On March 11, 2019, KazMunayGas (KMG) and Eni Isatay B.V., part of Eni SpA, signed a joint operating agreement and a carry agreement to partner on a project on the Abai area, located in the northern Kazakhstan region of the Caspian Sea. The nearest port for ships is Bautino. The distance to shore is 65 kilometers, and the water depth is in the 8-10 meter range. Under the signed JOA and CA, and in compliance with the Subsoil and Subsoil Use Code of the Republic of Kazakhstan, the companies will file a request with the Republic of Kazakhstan’s Ministry of Energy for direct negotiations and to finalize contract agreements.

KazMunayGas is Kazakhstan’s national operation for exploration, production, refining and transportation of hydrocarbons. Most, 90.42%, of shares of KazMunayGas are owned by the country’s sovereign wealth fund, Samruk-Kazyna, and 9.58% are owned by the National Bank of the Republic of Kazakhstan. Eni Isatay is a multinational energy company, a co-operator of the Karachaganak field, and a part of the North-Caspian PSA consortium. Eni’ Isatay’s total investment in Kazakhstan has exceeded US$ 15 billion since it began work there in 1992.