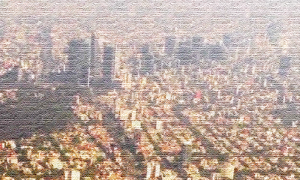 Mexico may be the world’s next tech hub, if multiple companies, including Uber Technologies, buy in. These companies are pushing for a new mobile payment system, originating in the country’s central bank, that would make digital payments easier. Another benefit would be increased financial inclusion, according to Banco de Mexico Governor Alejandro Diaz de Leon. De Leon is seeking to work with companies as partners. Named CoDi, the payment platform would allow customers to make and receive money through their smartphones. This would be done at no cost to the consumer. De Leon confirmed that Uber was one of the big names showing an interest in the technology. [private_standard]However, it is not yet clear how the platform would be used. De Leon offered his assessment: “In general, I’d say there is lots of interest in understanding the platform. The idea is to listen to all of these potentially interested companies and see how we can incorporate the biggest quantity of possible users to the platform. And they can be of all kinds.” Uber’s Mexico branch would not comment.

The Mexican central bank is not depending entirely on ride-sharing, there have also been discussions with Amazon (AMZN) and its Argentine equivalent, MercadoLibre (MELI). CoDi took center stage at the annual Mexican banking conference in Acapulco, where banks promoted the new system. De Leon expects the payment system to deliver more information to corporations than ever before, which will allow them to cater to their customers. It is especially valuable for companies, like Amazon, that have “big and powerful databases.” Amazon, for example, knows a consumer’s taste in entertainment, shopping, fashion, and reading material. Mexico’s President, Andres Manuel Lopez Obrador, is hoping that technology will lead the way out of the economic doldrums, since half of the population, 42 million people, do not have bank accounts. Yet, 70% have a smartphone. Corporate acceptance of CoDi could be the turning point in making technologically-driven modernization a reality. Phone banking has been successful in China, India, and Kenya.