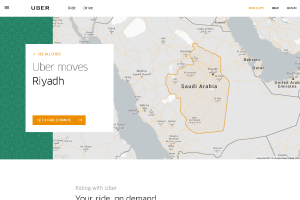 Uber’s Stock Has a Tough Day on its Debut

After much fanfare and media anticipation, San Francisco-based Uber Technologies launched toward public markets with an initial offering price of US$ 45 per share, raising US$ 8.1 billion. However, Uber stock closed down 7.6% on its first day of trading to US$ 41.57 per share. Uber’s debut to the U.S. stock market was impacted by a volatile equity market, as the United States and China are engaged in a major trade conflict. Uber’s stock price decline had an impact on rival listed car app Lyft. Lyft stock has lost more than 29% of its market capitalization value since its March IPO.

Uber had its origins when it was an app called UberCab, founded by Garrett Camp and Travis Kalanick in 2009. Fast-forward, UberCab became Uber and the company brought on UberX. Uber witnessed massive expansion into areas and created services such as Uber Eats, Uber Freight, and Jump Bikes.