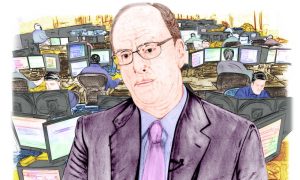 Do the Index Giants Have Too Much Control Over Corporate Voting?

BlackRock Inc. (BLK), Vanguard, and State Street Global Advisors, a division of State Street Corporation (STT), were the subject of a May 2019 treatise from Harvard’s John M. Olin Center for Law, Economics, and Business.

The report, entitled “The Specter of the Giant Three,” asserts that corporate voting will be dominated by the “the big three,” given that index funds are expected to continue to grow at a rapid pace. Report writers Lucian A. Bebchuk and Scott Hirst “document that the Big Three have almost quadrupled their collective ownership stake in S&P 500 companies over the past two decades.” More importantly, “they have captured the overwhelming majority of the inflows into the asset management industry over the past decade.” This has led to their ownership of 5% or more in a vast swath of public companies. Their voting power, then, was estimated to be significant. In fact, a quarter of all voting power is thought to be in the hands of the Big Three. In the next 20 years, the voting power is extrapolated to rise to 41%. This would lead the Big Three to become the “Giant Three.” According to Bebchuk and Hirst, a Giant Three scenario would lead to a lower rate of corporate intervention, and company executives with unchecked freedom.

The Big Three index giants have dominated the investment fund world, with 80% of all incoming capital going directly to them over the last 10 years. In another 10 years, a full third of the voting power available in portfolio corporations will be in the hands of the Big Three. Another facet of the rise of the passive fund is the role played by institutional investors. SWFI has previously reported that ETFs are now mainly funded by U.S. institutional investors, accounting for US$ 2 trillion of the US$ 3.3 trillion total allocated to the funds. Deutsche Bank strategist Chin Okoro explained that “Institutions are increasingly using ETFs as vehicles for more sophisticated portfolio solutions.” Also, favorable tax changes and the lack of return offered in fixed income strategies compelled many investors to seek returns in a diversified, or sector specific, ETF. ETFs have also offered greater returns than actively managed funds. This is due, in part, to their low management fees.

The concentration of capital into the hands of three entities is said to be the most concerning aspect of changing investor preferences. Of the 50 largest ETFs, BlackRock manages 20, Vanguard manages 16, and State Street Global Advisors manages 9. The top spot is held by State Street’s SPDR S&P 500 ETF, with US$ 251.5 billion under management. Those run by firms outside the Big Three account for less than 7% of all top 50 holdings.

To address the underlying problem, Bebchuk and Hirst point to their earlier paper, from 2017, which indicated that index fund managers lack clear incentives to provide the best possible stewardship. While they would benefit from increasing the value of their portfolio companies, this rising tide would also lift those who did not make such stewardship efforts. Thus, the cost borne by the good steward would be a disadvantage, as clients would switch to an alternative fund that enjoyed the increase without having to pay for it, or charge their clients for it. Clearly, for index funds, corporate governance does not have the import that it should. This is not in the best interest of clients or the markets in general, as it reduces overall returns. Unfortunately, there is no incentive for index funds to increase their stewardship levels. Yet, their sheer size will crowd out other potential activist investors. The acceleration of this particular trend is what Bebchuk and Hirst are ultimately worried about.