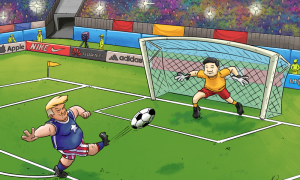 SWFI’s eighth consecutive asset owner quarterly survey results are in. Qualified participants weighed in on crowded trades, potential tail risks, and drivers of global equities, among other topics, to pool knowledge and help give a clearer picture of where the global economy is headed over the intermediate to long term.

Survey results were recorded mostly in May and the first days of June of 2019. Taken together, survey respondents had US$ 2.27 trillion under management. CIO’s, Asset Allocators, Strategists, and Economists made up the bulk of the respondents, with a major portfolio manager and other relevant parties also contributing. The group consisted, primarily, of global experts from pension funds and sovereign wealth funds. Nearly a third of survey takers were from organizations that managed US$ 100 billion or more, and nearly half managed at least US$ 10 billion. North American and European executives accounted for about two-thirds of the surveys, though the Middle East, the Australia/Pacific region, Africa, and the Caribbean were also represented. Typical investment horizons were 12 months or more, which is as expected, since more funds are looking for longer term ROIs and are choosing projects that, by their very nature, require an extended time commitment. This is particularly the case in developing nations and in infrastructure-related projects, which are finding favor. SWFI did not include 3rd party asset managers in the survey in order to provide the highest level of accuracy and value for our members.

The most crowded trades were long the U.S. Dollar and long U.S. equities, according to pundits. Shorting the Pound Sterling, being long U.S. tech stocks, and investing in private assets such as real estate were also considered crowded trades. The pound sterling has been drearily edging toward its 2017 lows, due to concern over political change and Brexit. Former Nasdaq market leaders Facebook, Amazon, Apple, and Netflix have failed to eclipse their highs from the summer of 2018. Alphabet’s Google briefly broke out, but promptly fell back down in line with its peers. While not currently in a bear market, these previous cycle leaders are showing more signs of stagnation than strength. On the other side of the equation, no one identified long gold as a crowded trade, nor did anyone indicate the opinion that shorting E.U. equities, being long in low-volatility equities, or shorting the yen were crowded. Gold began the year with a quick run-up, before settling back down until May. It spurted up to test its previous highs in June. The “barbarous relic” is by no means an investment manager favorite, though precious metals are finding their way into the world’s central banks. Those who do allocate portfolio space for metals tend to do so as an insurance policy against catastrophe. Only 14% of SWFI’s survey respondents expect to purchase any gold in the next year. Doubleline’s high-profile CEO, Jeffrey Gundlach, would seem to be in sparse company as he affirmed “I am certainly long gold.” Along with gold, cryptocurrencies have also risen in 2019. The yen is flat on the year, and European equities have been rising since January. However, they began rolling over in early May and have failed to establish a new uptrend since then. 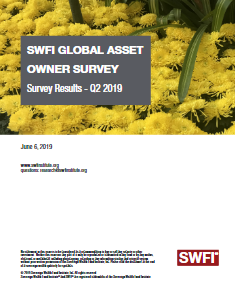 Asset allocation decisions for the next 12 months, according to the survey, indicate an overwhelming preference for cash. An incredible 40% of funds represented will hoard cash over the next year. Private equity will receive large sums from limited partners, as has been the case for several years now. Real estate funds, private infrastructure, and public infrastructure will continue to see steady inflows with 7% interest in being overweight. A third of those surveyed indicated plans to pick up emerging market debt. Credit strategies are also proving popular, coming in at 26%. Passive international equities will be swooped up by a fifth of funds surveyed, who will be overweight, while 7% are interested in commodities. A mere 13% plan to be overweight U.S. equities, and no one wants gold. Other multi-asset strategies will receive a nod with 15% interested in entering the space. Respondents felt the strongest about private equity partnerships, private infrastructure, real estate, international equities, global fixed income, and U.S. fixed income. On the other side of the coin, over a fifth of respondents plan to be underweight passive global equities and ETFs.

Asset allocation decisions for the next 12 months, according to the survey, indicate an overwhelming preference for cash. An incredible 40% of funds represented will hoard cash over the next year.

In regards to geographic asset allocation, half of all respondents indicated that China and other areas of Asia would receive more investment than anywhere else. The U.S. came in with a respectable, if unremarkable, kitty of 20%, less than allocations to China, Latin America excluding Brazil, and Mexico. A range of 13-16% of allocations will be spread over Europe excluding the U.K., Africa, the Middle East, Japan, India, and Brazil. Australia will receive 7% of forward investment in the next year. Japan, the U.S., and China were the only countries singled out for a significant overweight position among some funds. Others are planning on being underweight U.S., the U.K., Europe, and Japan, possibly anticipating troubled waters ahead, or simply seeking greater risk-reward tradeoffs that can only be found in quickly growing regions.

Among sectors, preferences indicated a shift toward being overweight energy at 21%, consumer staples at 26%, and materials at 21%. IT, pharmaceuticals and real estate showed relative strength with 13-14% interest. Insurance and utilities garnered 7% interest. In the energy markets, although oil rose in 2019, it has been slumping lately. The slowing oil market has some worried that a recession may be on the horizon. Even so, WTI crude is still 20% above its January 1, 2019, price of US$ 45 per barrel. Natural gas, the graveyard of energy speculators, is trading where it was in 2012. This, despite being used for nearly a quarter of the world’s clean energy needs. The U.S. has an abundant supply, with 2.5 quadrillion cubic feet, which could last about a century. There will be no shortage of oil shares, either, with Norway’s sovereign wealth fund set to dump US$ 8 billion worth of oil and gas explorers from its portfolio. This is part of a broader movement in which environmentalists are pushing for policy changes at the macro-level to support stated objectives. With a growing world population, it may come as no surprise that materials are being eyed by savvy buyers. The on-again off-again trade war with China once again alerted investors to the possibility of facing shortages in rare earth metals, which are used in multiple applications, including technologies. With the increased spending on infrastructure, materials such as timber, gravel, and steel will be in demand. Paradoxically, while material stocks such as Vulcan Materials have soared, others, such as U.S. Steel, have floundered. For this, fears of a supply glut, “Steelmagedon,” and a credit analyst downgrade are partly to blame.
Half of survey participants were concerned about geopolitical risk. This includes a myriad of potential pitfalls, including trade disputes, wars, and unsavory factions rising to power internationally and impacting investment gains. Another fifth thought that the business cycle was vulnerable to a downturn. As of March 2019, the U.S. entered the longest bull market run in history. Many market commentators are wondering how long it can last. Credit default risk caught the attention of 12% of respondents. In January 2019, China’s Securities Regulatory Commission cautioned against excessive unregulated leverage in the country’s margin finance firms. Also in 2019, a contingent of U.S. fund managers indicated a preference for companies to firm up their balance sheets instead of buying back shares or making capital investments. The specter of 2008 is still looming in the minds of seasoned managers. However, even if corporate entities have maintained a sense fiscal discipline, at least when compared to ’08, governments have become regular spendthrifts. Global debt hit US$ 66 trillion in 2019, and annual deficits are adding to the figure. Interest rate risk, counterparty risk, and protectionist risk rounded out the list, with 6 % of those surveyed concerned.

The on-again off-again trade war with China once again alerted investors to the possibility of facing shortages in rare earth metals, which are used in multiple applications, including technologies.

SWFI’s June survey laid out a mix of preferences from pensions and sovereign wealth funds as they relate to corporate cash flow. 37.5% would like to see increased capital spending. Another 37.5% wants improved balance sheets, the repaying of debts, and pension plan solvency. The remaining 30% would rather see the value returned to them in the form of buybacks, dividends, or cash acquisitions. Dividend increases tend to occur slowly, but returning a large amount of cash to shareholders has also proven successful. Investors may recall that Costco had a novel approach to returning income to shareholders in 2012, paying a special US$ 3 billion dividend to shareholders ahead of upcoming tax policy changes. Although the majority of the special payouts is transferred to owners, executives, and major shareholders, it still spells “lots of cash,” as Reuters put it at the time, for other investors. The return of interest in a steady stream, or even a torrential rain of income returns, is the foundation for investing over the long term. Yet over the last few years, capital appreciation has been substantial enough to make speculating, even in broad index funds, a more profitable strategy.

Only 19% of investors expect to see earnings rise by 10% or more in the next year. A full 81% do not expect such growth. By comparison, in June of 2018, beliefs were split on the question 50/50. This would lead us to believe that the economy is, indeed, slowing. Large institutions are planning for it. But this is not to say that drivers of equity prices are not present. Company earnings are still the gold standard for stock price appreciation, with half of respondents watching for updates. Political and trade war factors were listed concerns for 19%. Treasury Bond yields were watched by a minority, 6 %. One year ago, in June 2018, respondents were focused on corporate earnings and treasury yields. The corporate earnings aspect remains important, but there is no longer the expectation that bond yields will have a drastic impact on equities over the next year. 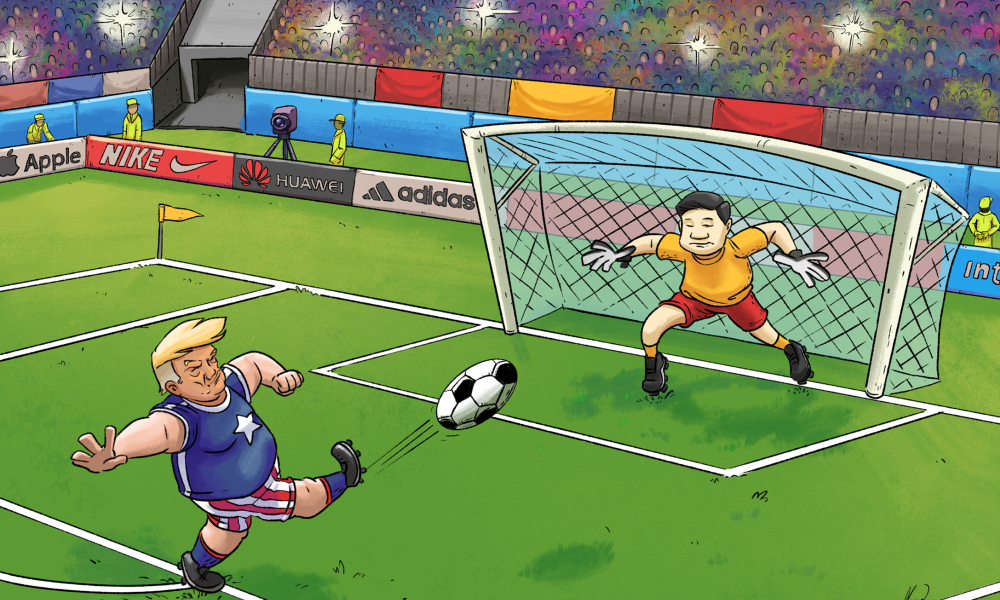 The biggest tail risk was surveyed, with an array of dispersed results. The trade war took the top spot with 44% listing it as the most serious tail risk in the economy. Several firms are currently shifting production out of China. Huawei, the world’s top telecom provider and maker of vulnerable products, has cancelled a laptop and cell phone rollout in recent days. The stock market being in a bubble was designated by 19%. Brexit, excess money in circulation, and U.S. Fiscal Policy budged the needle about 6% each. A year ago, trade war talk, U.S. Fiscal Policy errors, and a possible stock market bubble loomed much heavier in managers’ minds, making up a combined 58% of the pool for suspected tail risk.

The overall picture is one of caution and, even, a new paradigm. U.S. equities are no longer attractive to the majority of managers. Real estate, infrastructure, and materials investments indicate that world capital is increasingly shifting to developing markets. This has been an ongoing trend. Latin America, including Brazil, is seeing large capital inflows. Africa has not yet seen such a drastic pickup in investment activity, though a continuous, albeit relatively modest, stream of capital is flowing in, and setting the stage for additional opportunities on the continent. The U.S. faces a year of slow growth, unexciting prospects, and unenthusiastic investment on the part of global funds. The U.S. dollar may give the markets a boost, should it fall in line with expectations to dive throughout the next 12 months. Add to these factors an uncertain political situation throughout key countries in the world, and one could imagine the proverbial wall of worry going up. SWFI will be watching to see whether equities can climb it, and how sovereign wealth funds and pensions react as the markets ultimately choose a firmer direction.