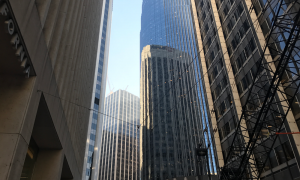 On April 30, 2018, SoftBank Vision Fund (AIV M1) L.P., a holder of more than 5% of Slack’s capital stock, purchased an aggregate of 1,205,454 shares of our outstanding Class B common stock from holders of our Class B common stock, at a purchase price of US$ 8.37 per share, for an aggregate purchase price of US$ 10.1 million, which we refer to as the April 2018 Stock Transfer.