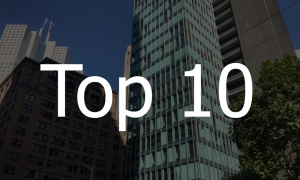 WeWork, now known as The We Company, is moving forward with its plans on its initial public offering (IPO). Many unicorns are cashing in on the IPO wave before a future market crash in world equities. WeWork has grown dramatically since its origins in 2010, up-ending the shared office space scene. WeWork’s trajectory in revenue has not come without controversy. Born in the QE world, WeWork has not experienced a global economic downturn since founding its business. To be fair, WeWork, the company the constructs stylish millennial aesthetics that are turned into workplaces, faces a lot of issues that companies deal with in terms of leasing office space. With 528 locations in 111 cities, co-working space giant WeWork has received valuations that are not of a property company, but that of a technology company. WeWork plans to be traded under the ticker symbol “WE”.

Here are the top 10 observed risks by SWFI research.

10. No Employment Agreement with Charismatic Founder

Is this a one-man show? WeWork does not have an employment agreement in place with its founder, Adam Neumann. The company views Neumann as critical to its operations, which is heavily laden with debt. Most startups and growth companies typically require employment contracts, especially with charismatic founders.

WeWork leases the majority of real estate at its location. WeWork, like other tenants, are typically tied to upward-only rent reviews, whereby rent for any given lease renewal term is typically equal to the greater of the rent in effect for the period immediately prior to the rent review date and the then-prevailing net effective rent in the open market.

With SoftBank Group and a cadre of Wall Street banks, this is not a risk now for WeWork.

WeWork is not immune to copycat companies that can operate at a lower margin.

There is not one mention of “community-adjusted EBITDA,” in its S-1 filing. WeWork provides memberships to individuals and companies that affords these individuals and companies access to office space, use of a shared internet connection, access to certain facilities (kitchen, common areas, etc.), a monthly allowance of conference room hours and prints/copies, and access to the WeWork mobile application. The price of each membership is variable, based on the particular characteristics of the office space occupied by the member, the geographic location of the workspace, and the amount of desk space per office. Membership revenue consists primarily of fees from members, net of discounts, and is recognized monthly, on a ratable basis, over the life of the agreement, as access to office space is provided.

3. Lots of Debt and Lease

The real estate industry is known to use leverage – it is expected. However, analysts may want to watch the growth of WeWork’s sea of red ink and excessive debt. Concurrent with the IPO, WeWork plans to enter into a new senior secured credit facility providing for senior secured financing of up to $6 billion, consisting of a three-year letter of credit reimbursement in the aggregate amount of $2 billion and a delayed draw term loan facility in the aggregate principal amount of up to $4 billion. At June 30, 2019, WeWork had 39,378,908,000 worth of contractual obligations going out to 2024 and beyond. US$ 24,736,366,000 are contractual obligations beyond the 2024 date, while total non-cancelable operating lease commitments totaled US$ 33,953,402,000

2. Other Ventures May Flounder

WeWork has attempted to dip its hands in ancillary businesses. WeLive, WeGrow, Flatiron School and Meetup, and additional We Company offerings that WeWork may launch or acquire in the future, may not generate meaningful revenue or cash flow.