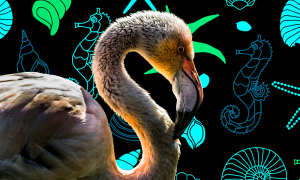 Government bonds trading at negative rates have reached a new high. Deutsche Bank AG has reported that US$ 15 trillion of global government bonds, a quarter of the overall market, have negative yield. In October 2018 that number was US$ 5 trillion. Reasons for the negative yields include central bank policy action, trade dispute worries, technology that reduces employee headcounts, and a lack of safe alternatives. Most market watchers have been especially interested in the work being done by central banks. In a single night, central banks in India, New Zealand, and Thailand reduced interest rates. Rate cuts are also larger than expected. For example, New Zealand cut by 50 basis points when the market was only expecting a 25 basis point reduction. Germany, coming far from its days as a hyperinflationary disaster in the 1920’s, has now seen its 30-year government bond go negative. European Central Bank President Mario Draghi is dovish, saying “a significant degree of monetary stimulus continues to be necessary to ensure that financial conditions remain very favorable and support the euro area expansion.” In the U.S., President Trump has repeatedly pushed the Federal Reserve to lower rates, and berated previous rate increase decisions. Most of the world’s leaders are in agreement that lower rates are not only desirable, but necessary to feed an economic expansion.

From an institutional investor perspective, it is challenging to navigate in a world with negative interest rate securities propagating. For example, at June 30, 2019, Norway Government Pension Fund Global held more than 600 billion NOK (US$ 70.2 billion), nearly 25% of its fixed income portfolio, in bonds that had a negative real yield. Sovereign wealth funds like GIC Private Limited have been making shifts in their investments, moving some fixed income allocations to markets like India, where they can circulate money through non-banking institutions at higher yields. Other sovereign investors have jumped back into mortgage-backed securities at a greater pace. Some sovereign funds continue to slush capital into equity markets, technology startups, and real estate in developed markets.

For example, at June 30, 2019, Norway Government Pension Fund Global held more than 600 billion NOK (US$ 70.2 billion), nearly 25% of its fixed income portfolio, in bonds that had a negative real yield.

It seems counterintuitive, but the fact is that investors are loaning spendthrift governments’ money, and paying for the pleasure of doing so. There is no indication that world governments have a path toward budget stability. In fact, politically, many prominent voices are appearing on the scene with promises of government largesse for an eager public. This could take the form of free education and healthcare, student loan forgiveness, universal incomes, or any other number of public spending programs. Bonds are also considered safe places to park cash, for those who don’t like what they see in the market. Larger funds are diversifying away from the stock market, pursuing alternative assets, such as real estate and infrastructure. At the same time, these institutional investors and pension funds have to meet their liquidity requirements. PIMCO’s global economic advisor Joachim Fels points to a perfect storm: “Rising life expectancy increases desired saving while new technologies are capital-saving and are becoming cheaper – and thus reduce ex ante demand for investment. The resulting savings glut tends to push the “natural” rate of interest lower and lower.”

In the U.S., the Federal Reserve cut rates for the first time since 2008, potentially bringing that dismal time back into the minds of investors. Fed Chairman Jerome Powell pointed to “implications of global developments for the economic outlook as well as muted inflation pressures.” The overnight lending rate is hovering between 2% to 2.25%. President Trump has emphatically called for more rate cuts, but the Fed is working off of a theory that rate cuts should be used in the event of a serious recession, and having room to act is part of their plan. If rates were to approach zero, and a recession occurred, the Fed would be much more limited. However, former Fed Chairman Alan Greenspan has said that there is nothing preventing U.S. rates from going negative.

Last, some sovereign investors are preparing for a stronger U.S. dollar, which would be a negative for developing economies, as much of the world’s debt is denominated in U.S. dollars.