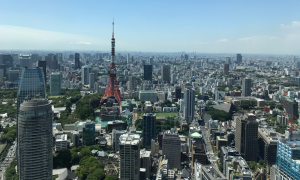 Extensive monetary easing was priced into most markets where the sovereign fund is invested. Norges Bank Investment Management (NBIM) has most of its models forecasting term premiums to display negative term premiums for fixed-income instruments with long maturities. Norway Government Pension Fund Global had lowered its proportion of government bonds from 56.6% of its bond portfolio at December 31, 2018 to 53.4% as of June 30, 2019. The massive sovereign wealth fund is contending with negative interest rates in a large portion of its bond portfolio. Interestingly, securitized bonds went from 5.6% at the end of 2018 of the bond portfolio to 6.1% as of June 2019.The search for yield is real. The securitized bonds are mostly covered bonds denominated in euros.

On another note, in terms of largest bond holdings, U.S. government debt remains the highest at June 2019, followed by Japanese government bonds and German government bonds. However, the amounts of Japanese and German bond holding values have decreased since December 2018, while Norges Bank Investment Management increased its holding in Spanish government debt holdings from a value of 41,388 million NOK in December 2018 to 56,086 million NOK. NBIM reported that the largest increases in the sovereign investor’s government bond holdings in the second quarter were in Spanish, U.K., and U.S. bonds. The largest decreases were in bonds from South Korea, Indonesia, and Germany. NBIM anticipates possible action from the European Central Bank on lowering interest rates and using the central bank’s balance sheet to buy bonds.