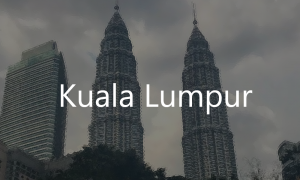 The chief executive officer of Malaysia’s largest state-linked fund management firm Permodalan Nasional Berhad (PNB) is about to part ways with the institution, according to news reports. Media outlets in Malaysia say that with his three-year contract due to conclude by the end of September 2019, Abdul Rahman Ahmad will depart the CEO role he has held since October 2016.

According to the reports Abdul Rahman is allegedly moving to Malaysian trading conglomerate Sime Darby Bhd. His replacement is said to have already been secured with Jalil Rasheed, investment director at Invesco Asset Management in Singapore lined up to take over.

Prior to his stint at PNB, Abdul Rahman Ahmad was a Director and the Chief Executive Officer of Ekuiti Nasional Berhad (Ekuinas), a government-linked private equity firm. Before joining Ekuinas, he was the group managing director/chief executive officer of Media Prima Berhad (MPB), an integrated media investment group in Malaysia and Group Managing Director and Chief Executive Officer of Malaysian Resources Corporation Berhad (MRCB), a leading Malaysian conglomerate.

Abdul Rahman Ahmad is currently the Non-Executive Chairman of Velesto Energy Berhad, an oil and gas services company listed on the Main Market of Bursa Malaysia.