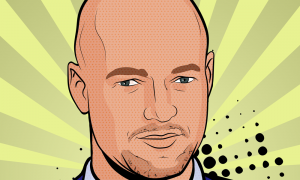 Inevitably as more companies desire to remain private or are being taken private, Norway Government Pension Fund Global may get to allocate a percentage of assets toward unlisted equities. Norges Bank penned a letter to Norway’s Ministry of Finance saying, “The Bank believes that a limit of 1 percent of the equity portfolio would be sufficient to address the intentions behind this type of investment.”

“The (central) Bank is of the opinion that the wording of the current regulation that the board must have expressed ‘an intention’ to seek a listing should be amended.”

“To date, we have interpreted this mandate regulation as requiring a concrete board resolution to apply for listing in the near future.”

“Our experience is that such resolutions are passed relatively late in the process, and that a number of transactions that might have been relevant to the fund have not therefore been pursued.”

There is a possibility that up to 1% of the 70% allocation to listed equities could go to unlisted companies. An estimated US$ 10 billion could flow into unlisted companies from Norway’s sovereign wealth fund. Norges Bank Investment Management (NBIM) oversees the sovereign wealth fund. NBIM staff has brought up the issue to various higher-ups that they were not able to invest in companies early on in their growth-stage, mostly U.S. technology companies, that eventually went public.