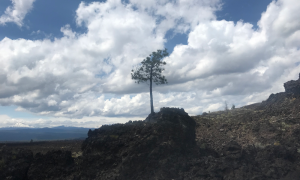 Global investment manager First State Investments (FSI) has made its first acquisition since the completion of its own sale from Commonwealth Bank of Australia (CBA) to Mitsubishi UFJ Trust and Banking Corporation.

The Sydney-based asset manager has agreed to buy 100% of the equity of Jacksonville, Florida-based Patriot Rail & Ports (Patriot Rail) in a deal valued at more than US$ 750 million Patriot Rail is a transportation company managing over 630 miles of short-line railroads and rail services along with port terminal operations located across the United States. The seller of Patriot Rail is SteelRiver Infrastructure Partners. Patriot Rail represents the initial unlisted infrastructure investment in the United States by First State Investments, which manages more than US$ 8 billion of unlisted infrastructure investments across the United Kingdom, continental Europe, Australia, New Zealand and North America, with a focus on middle-market companies in the transportation and utility sectors worldwide.

As part of its acquisition strategy, FSI has partnered with MidRail LLC, a team of rail industry veterans focused on originating, acquiring, and developing rail assets and operations in North America.

At the beginning of August 2019, FSI announced the completion of its sale from Commonwealth Bank of Australia to Mitsubishi UFJ Trust and Banking Corporation, a wholly-owned subsidiary of Mitsubishi UFJ Financial Group, Inc. (MUFG), for US$ 2.7 billion.

The chief executive of CBA Matt Comyn was keen to offload the investment manager as part of his strategy to make CBA a simpler bank.