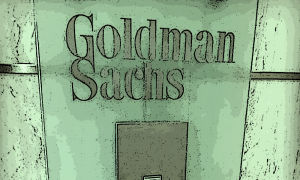 Playing catch-up, Goldman Sachs Asset Management kicked off its European exchange-traded fund business, pushing out the Goldman Sachs ActiveBeta U.S. Large Cap Equity UCITS ETF, the European version of the manager’s flagship U.S. ETF, which has around US$ 6.8 billion in assets under management. This ETF was listed on the London Stock Exchange. The new smart beta ETF plans to be listed on the Deutsche Boerse, Borsa Italiana, and the Swiss Exchange over the next months.

Goldman Sachs Asset Management is trying to keep up with banking behemoth JPMorgan Chase Co., which has a two-year head start in the European ETF market.