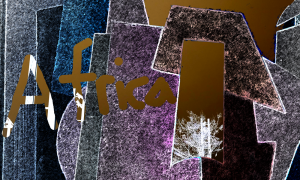 Libya is making new moves to clear the sanctions that have been imposed on it by the United Nations for the last eight years. The Sanctions Committee of the United Nations held a closed meeting on September 13, 2019 in New York to discuss the matter with the Libyan Investment Authority (LIA). An LIA spokesperson confirmed that “The Chairman of the LIA Board of Directors, Ali Mahmoud, briefed the committee on the LIA strategy to address the negative effects of the sanctions imposed on its frozen assets.” German Diplomat to the U.N. Christoph Heusgen and Deputy Permanent Representative of Germany to the U.N. Jurgen Schulz chaired the committee. With the largest sovereign wealth fund in Africa, Libya’s frozen funds could be more useful than ever given the instability facing nearly every resident of the country. A civil war has been fought since 2014. The largest sovereign wealth funds in Africa are the US$ 67 billion Libyan Investment Authority, followed by the US$ 34 billion Revenue Regulation Fund of Algeria. The oldest, and third largest in Africa, is the US$ 5.4 billion Pula Fund. The Pula fund is now 25 years old, and it has sparked its share of wealth fund imitators.

Despite being the largest fund, LIA is not without its complications. For one, LIA officials blamed Goldman Sachs for taking advantage of its “naïve” representatives. Goldman supplied Libyan officials with prostitutes to earn a US$ 1.2 billion contract which was subsequently squandered on worthless derivatives. LIA tried to claw the money back in 2016, but to no avail. LIA suspects Goldman Sachs made US$ 367.7 million on the deal. Goldman Sachs emails described the Libyan financial system as “Jurassic,” “very unsophisticated,” and suggested that a business professional in the country “lives in the middle of the desert with his camels.” Goldman’s assessment of the Libyan’s understanding of the products they were buying was “Baaaaaasic.” The loss of US$ 1.2 billion isn’t the only tragedy to occur. LIA employees have been harassed and even abducted by militia forces ever since the 2011 regime change. Former U.S. President Barack Obama called the lack of planning that went into toppling the Libyan government his “worst mistake.”

Even with these setbacks, there are signs of new hope. Leaders of African sovereign wealth funds and public policy experts met in Botswana in May 2019 to devise a series of best practices for sovereign wealth funds operating within the continent. A growing coalition that includes the CEOs of African sovereign wealth funds and international government officials is working together to ensure that capital is allocated strategically and effectively. The coalition includes the investment world’s top experts in Botswana, Egypt, Ghana, Kenya, Mauritania, Nigeria, Rwanda, South Sudan, Uganda, and Zimbabwe. Each of these countries either has or is in the process of developing a sovereign wealth fund. Representatives from the U.S. government, the World Bank, the African Development Bank, the United Nations Development Program, and the United Nations Economic Commission for Africa also took part in the discussions.

The biggest concern for investment in Africa at present is developing a robust framework for transparency. Regulation is not a strong point, and government regulators are not sufficiently trained to competently oversee those who manage funds. Also, the lack of infrastructure and reliable utilities in many parts of Africa could dissuade some foreign agents from taking an active role there. Unfortunately, many development projects in Africa fall below the financial threshold wealthy investors would be interested in. The project simply isn’t large enough to make the effort worthwhile, and there is a fundamental lack of infrastructure to begin with. This is being partially addressed. The 5% Agenda seeks to move at least 5% of African asset holders’ wealth into necessary infrastructure spending. This is considered a public win, and a step that will allow additional investment to come in. For every win, there is another problem. It is well known that the politicization of the funds and the government’s creep into investment affairs is a drag on the overall success of the funds and their missions. This makes it very hard to partner with them in good faith.

The African Union, an organization that takes its marching orders from the United Nations, would like to see an Africa that is clear for investment. In its Agenda 2063 proposal, it foresees many upcoming opportunities in Africa: “By 2063, African countries will be amongst the best performers in global quality of life measures. This will be attained through strategies of inclusive growth, job creation, increasing agricultural production; investments in science, technology, research and innovation.” However, it is not clear whether the A.U. or U.N. will be able to make good on the vision, since they also claim that by 2063 the continent will be entirely free of drugs, organized crime, and armed conflict. There is no need to wait until 2063 to assess their goals. Now on the verge of 2020, the first five year goal is already coming due (the document was drafted in 2015). Next year, the supranational organizations expected all wars in Africa to permanently cease.

It seems that not all countries in Africa are so confident. On September 12, 2019, the U.S. State Department cleared Morocco to purchase US$ 1 billion in advanced weapons from Raytheon, Orbital ATK, General Dynamics, Kilgore Cheming Groupe, and Kaman Precision Products. The official reason for the arms purchase is to “maintain stability.” The U.S. had already cleared Morocco to buy 25 new F-16 fighter jets from General Dynamics in March. There are many armed conflicts throughout Africa, and they have been ongoing for so long they are referred to as “Forever Wars.” Nigeria and Cameroon are two particularly concerning areas according to journalists at the International Crisis Group.

Yet, Africa is a resource-rich continent. If commodities were to appreciate in global markets, Africa would be a clear beneficiary. There is also a young workforce available, and it is unfortunately all too often being put to use in fighting units. China recognized the opportunities in Africa decades ago, and has established a foothold inside the continent. Communities of Chinese citizens in the tens of thousands have sprung up. These special economic zones have drawn both Chinese and other foreign talent. It is possible to buy a China Daily, or tune in to Chinese state television in various African cities. However, the U.S. government is stepping up, and will be implementing a strategy known as “Prosper Africa” to win friends there. The fundamental investment case for Africa is strong, but with many intractable problems occurring at once and no overarching leadership, widespread investor excitement remains elusive.