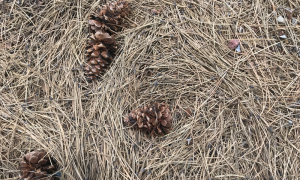 South Bend residents and students can be proud of Notre Dame’s accomplishments on the football field this year, with a number 8 ranking in the polls as October rolls to an end. Equally satisfactory are Notre Dame’s investment returns, with a 7.2% return for the 2019 fiscal year ending in June and a 12.2% return for fiscal year 2018. Notre Dame has brought in an annualized return of 10% a year over the last 20 years.

The endowment has now risen to nearly US$ 14 billion. Notre Dame puts over 43% of its assets into stocks. Another 30% is in private equity. The remaining 26% is in multi-strategy investments. The university stands by its actively managed fund in the face of robo-advising and passive investing strategies, claiming that US$ 8 billion was made by beating their benchmark over two decades. As a result, US$ 154 million will be allocated to student financial aid in 2019. Ten years ago, that amount was half of the current figure. Scott C. Malpass, Vice President and Chief Investment Officer, adds that the Notre Dame endowment is nearly a century old. The school itself is 175 years old.

Malpass avoids publicity and discussions about his specific stock picks, but he put out a statement through his office: “I am delighted to see the impact of these returns and strong stewardship on the opportunities they provide for our students and faculty in almost every area of the university.” He has served as Chief Investment Officer since 1989. Malpass was also appointed by the pope to the Board of Superintendence of the Institute for the Works of the Religious. This is popularly called The Vatican Bank, and it has been in the news in recent years. The Vatican Bank announced in August 2019 that it will bring in an external auditor. It oversees US$ 5.5 billion, and is still smarting from Nunzio Scarano’s suspicious transactions. The accountant was known as Mr. 500 due to his preference for carrying only €500 notes.