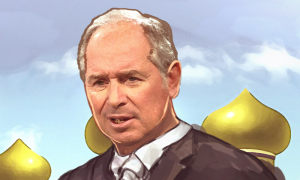 Blackstone Group, through various funds it manages, are taking a majority stake in MagicLab, which builds and operates dating and social networking apps, including Bumble and Badoo. The transaction values the company at approximately US$ 3 billion in enterprise value. MagicLab was formed in 2006 by Andrey Andreev and he is the founder of Londonb-based Badoo. As part of the deal, Andreev will be selling his stake and stepping down from the business. He will be replaced as CEO by Whitney Wolfe Herd, Founder and CEO of Bumble, who, together with Blackstone, will work to accelerate the business’ growth even further.

MagicLab has made large gains in the fast-growing online dating industry competing against rivals like Tinder, Match.com, and eHarmony. Match is the company that owns Tinder. Whitney Wolfe Herd had previously been a Tinder co-founder.