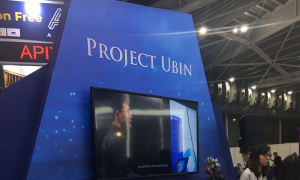 The Monetary Authority of Singapore (MAS) announced that they have led the successful development of a blockchain-based prototype that permits payments to be carried out in different currencies on the same network. The applications are being showcased at the 2019 edition of the Singapore FinTech Festival which kicked off with record crowds on Monday November 11, 2019. In a press release, the regulator detailed that the prototype network, developed by the Monetary Authority of Singapore in collaboration with J.P. Morgan and Temasek Holdings, has the potential to improve cost efficiencies for businesses.

The new set-up is currently undergoing industry testing to determine its ability to integrate with commercial blockchain applications. It will also offer additional features to support use cases such as Delivery-versus-Payment (DvP) settlement with private exchanges, conditional payments and escrow for trade, as well as payment commitments for trade finance.

This development marks the latest milestone for Project Ubin which is into its fifth phase. Project Ubin is a collaborative project by MAS with the financial industry to test the use of blockchain and distributed ledger technology for clearing and settlement of payments and securities. To date, MAS and its partners have engaged more than 40 financial and non-financial firms to explore the potential benefits of the network.

“Blockchain technology has great potential in transforming businesses and opening up new business opportunities. To better understand the impact and value of blockchain technology, we are pleased to have partnered with MAS and J.P. Morgan for the Ubin platform,” said, President and Chief Operating Officer Chia Song Hwee of Temasek Holdings.

“The inclusion of non-financial services companies has demonstrated applicability of blockchain technology beyond capital markets and trade finance. We look forward to deeper collaboration and support for Singapore’s pioneering efforts in the blockchain space,” added Chia.

On the Canadian front, Project Jasper is a research effort by the Bank of Canada and participants to explore distributed ledger technologies.