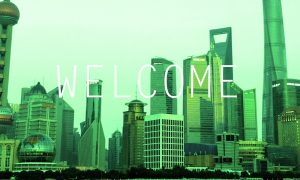 APG Asset Management, which oversees the massive Stichting Pensioenfonds ABP, is significantly augmenting its presence in Asia with two new offices in China. Dutch pension fund APG Asset Management (APG) is said to be in the process of establishing offices in Beijing and Shanghai, according to local media reports. The Dutch manager is also recruiting a China-based fixed income team as part of its targeted Asian expansion plans.

Through its regional headquarters in Hong Kong, APG has set in motion the process to establish wholly foreign-owned enterprises in the twin commercial and administrative hubs of Shanghai and Beijing.

When questioned on the China moves a spokesman for APG Group told SWFI, “As a pension investor, we are constantly looking for attractive investment opportunities for our pension fund clients and their beneficiaries. We currently already invest in Chinese shares. We can confirm that we are developing additional strategies in China, which we will disclose in more detail in the coming weeks.”

APG has successfully pursued real estate debt strategies in Europe and the U.S. for over five years and now expects to deploy further capital into similar strategies across the Asia-Pacific region.

In a recent interview, Chief Investment Officer Peter Branner of APG said, “I think it’s fair to say that more of the deals we see in infrastructure and real estate will come from Asia. That’s why we are also beefing up our presence in Hong Kong.”

Earlier in 2019 the Dutch asset manager made its entry into real estate debt within Asia Pacific through a partnership with Australian commercial real estate debt manager, MaxCap Group. This is a new partnership for APG, who have made an initial commitment to the strategy of €185 million with a further re-up option to increase total commitments to €370 million. The partnership will target first mortgage stretch-senior loans, with a focus on construction lending across multiple real estate asset classes. Initial capital has already been deployed to the first seed loan, which is a mixed-use development in Melbourne.

In the Asia-Pacific theater, the Dutch pension fund manages a €11.6 billion real estate portfolio across private and public markets out of its office in Hong Kong.

APG is the largest pension delivery organization in the Netherlands and manages approximately €505 billion (April 2019) in pension assets.