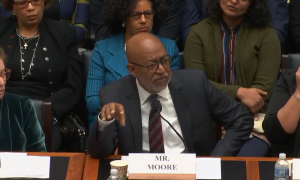 The U.S. House of Representatives via the U.S. House Committee on Financial Services is debating the value of private equity, how it works, and the risks associated with proposed legislation.

In the submitted Memorandum, written by FSC Majority Staff, part of it reads, “In the retail industry, 10 of the last 14 companies that filed for bankruptcy were PE-owned, and all of the seven major grocery chains that have filed for bankruptcy since 2015 were owned by PE. While 9% of PE firms are women- or minority-owned, PE job losses disproportionately affect women and people of color. While bankruptcy may not be the intention of PE, the PE fund may not bear the cost of bankruptcy and, can make a substantial profit off the acquired company even if the company enters bankruptcy, creating incentives for PE firms to encumber acquisitions with high amount of debt. If the company goes bankrupt, the costs are borne by the employees, shareholders, and by smaller unsecured creditors including vendors, suppliers, and workers owed back wages and benefits. Even though the economy has added jobs for 109 consecutive months, a recent study shows that employment in the months following a PE acquisition falls 4.4% on average across all sectors.”

During the hearing, Wayne Moore, Trustee, Los Angeles County Employee Retirement Association said he likes provisions of the Warren bill but he never said he supported the bill.

Moore as questioned by a Congressman and answered, “Private equity is the best performing asset class net of fees.”

U.S. House Committee on Financial Services
America for Sale? An Examination of the Practices of Private Funds. – Full Committee

H.R.____: Private Fund Board Disclosure Act of 2019: Requires investment advisers to private funds to report to the SEC the race, ethnicity, and gender composition of the board of directors of private funds and for SEC to publicly disclose this information.

H.R.____: Investment Adviser Alignment Act: Defines private equity adviser and requires private investors be provided with SEC filings, quarterly reports of fees and expenses, and all information related to an SEC examination, inquiry, or enforcement action. This bill also imposes a fiduciary duty on PE funds and requires investors be allowed to communicate with one another.