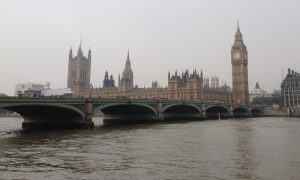 3i Infrastructure Sells Off Assets in UK Projects Portfolio

On August 21, 2015, 3i Infrastructure invested £23million investment for a 50% holding in the West of Duddon Sands Offshore Transmission Owner, from Denmark-based Dong Energy (now renamed Ørsted A/S) and Scottish Power Renewables. The remaining equity in the project was bought by Macquarie Capital.

On June 5, 2015, 3i Infrastructure committed £4.6 million in a primary Public Private Partnership (PPP) project to build a new campus for Ayrshire College in Kilmarnock, Scotland. The project was procured by Ayrshire College. In 2014, 3i Infrastructure made a £13.1 million investment for a 25% stake in the Mersey Gateway Bridge primary PPP project, alongside Spanish construction company Fomento de Construccion y Contratas. The Mersey Gateway Bridge is a toll bridge between Runcorn and Widnes in Cheshire which spans the River Mersey and the Manchester Ship Canal. In 2013, 3i Infrastructure made an investment in the Dutch National Military Museum.