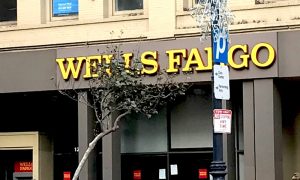 There is a reason why John Stumpf is no longer CEO of Wells Fargo.

The Office of the Comptroller of the Currency (OCC) issued a notice of charges against five former senior executives of Wells Fargo Bank, N.A., Sioux Falls, South Dakota, and announced settlements with the bank’s former Chief Executive Officer (CEO) and other members of the bank’s operating committee. The OCC issued by consent of a prohibition order and a US$ 17,500,000 CMP against former bank Chairman and CEO John Stumpf; a personal cease and desist order and a US$ 2,250,000 CMP against the bank’s former Chief Administrative Officer and Director of Corporate Human Resources Hope Hardison; and a personal cease and desist order and assessment of a US$ 1,250,000 CMP against its former Chief Risk Officer Michael Loughlin for their roles in the bank’s sales practices misconduct.

The charges stem from the executives’ role in the bank’s systemic sales practices misconduct. The executives and relief sought include:

As part of the settlement, John Stumpf cannot participate “in any manner” at any bank regulated by the OCC or participate or attempt to participate in a bank’s corporate board votes.