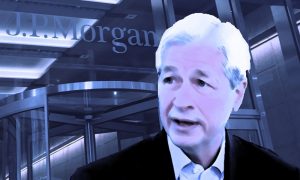 J.P. Morgan’s Jamie Dimon who is celebrating his fifteenth year as CEO has been criticizing negative rates over the last several months, and his criticism has continues at Davos. In late 2019 Dimon said: “I think as a permanent part of policy it’s a really bad idea.” Dimon said there is too much capital misallocated that will not go toward growth. He also said the long range consequences of having negative rates are not known or understood. In January 2020 at the World Economic Forum (WEF) in Davos, Dimon was generally relaxed on the economy, but stressed, “The only thing I have trepidation about is negative interest rates, QE, and the diversion between stock prices and bond prices and yield.”

Dimon laid out the gravity of the situation: “It’s kind of one of the great experiments of all time, and we still don’t know what the ultimate outcome is.” Negative rates have become the new normal in Japan and parts of Europe. Dimon said that he would never buy a negative rate bond of his own freewill. U.S. President Donald Trump, also at the World Economic Forum, disagreed, saying of the governments: “They get paid to borrow money, something I could get used to very quickly. Love that.” Trump sees it as a competitive disadvantage for America. He was also quick to point out that “Millions and millions of people don’t need food stamps anymore . . . They have jobs. They’re doing really well. The U.S. stock markets have soared. They’ve reached the highest point that they’ve ever had.” Reporters tried to bait Trump to say something about 17-year-old climate change activist Greta Thunberg but Trump sidestepped the questions, responding “She beat me out on TIME magazine.”

Another interesting piece of information to come out of Davos is that clients are now removing cash from Swiss banks. Five years of negative rates have caused savers to store their cash under the proverbial mattress. There is clearly something unsettling for savers about paying a fee to store money when interest is historically due. Negative rates have made making money on loans difficult. UBS and Credit Suisse are charging a .75% fee now. For every US$ 3.1 million a client has, a charge of US$ 7,750 per year could be imposed, at the discretion of the institution. A barrier is that clients who have such a large amount of cash would face some difficulty in safely storing it. In Zurich, Swiss National Bank governing board member Andrea Maechler says negative rates are still necessary. “Price stability is a precondition for a company to invest, they know what prices they can expect . . . Price stability is an extremely important factor for growth and prosperity in an economy,” she declared. The goal is to keep the Swiss franc from appreciating, which manufacturers in the country are depending on. The Swiss National Bankers’ Association disagrees with the policy. They say it costs Swiss banks over US$ 2 billion a year and inflates asset bubbles.

Denmark has lived with negative interest rates since 2012. Negative interest rates impact banks profitability. The basic model of banking is to hold deposits and lend money at a profit. Danish banks have been able to make some profits over low loan impairments, record rates of mortgage refinancings, and a series of one-off loans.