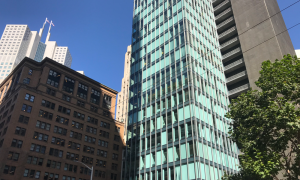 Brooklyn-based Zipari is a customer experience platform for health insurance. Zipari raised US$ 22.5 million in Series B funding, which was led by Vertical Venture Partners and was joined by Health Velocity Capital, Healthworx, and Horizon Healthcare Services.

Across the country, Mubadala Capital, a sovereign wealth unit of Mubadala Investment Company, led a Series B in Gabi, another digital insurance company. Gabi raised US$ 27 million in a Series B round. Existing investors such as Canvas Ventures, Northwestern Mutual Future Ventures, Correlation Ventures, Securian Ventures, A.Capital Ventures, and Project A also participated in the round. Other new investors in the round include CMFG Ventures, Burst Capital, and AngelList.

San Francisco-based cloud-based platform Socotra which focuses on the insurance sector raised US$ 15.2 million in Series B funding. Brewer Lane Ventures led the round, and was joined by investors including Portag3 Ventures, 8VC, and MS&AD Ventures.

Boston-based Corvus is a provider of commercial insurance products. Corvus raised US$ 32 million in Series B funding led by Obvious Ventures and Telstra Ventures.