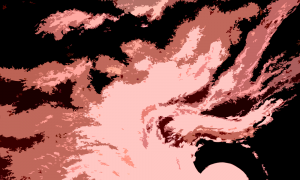 The bankruptcy allows the media company to restructured its debt and, in a bid, to excise its pension fund obligations. The reorganization seeks to deal with an estimated pool of US$ 700 million in debt.

The big loser for now are the company’s shareholders. More than 7 million shares of both publicly available and protected family-owned stock would be canceled. The new owners of the paper would most likely be Chatham Asset Management LLC, a hedge fund.

“While this is obviously a sad milestone after 163 years of family control, McClatchy remains a strong operating company and committed to essential local news and information,” said Kevin McClatchy, company chairman, in a release to the public. “While we tried hard to avoid this step, there’s no question that the scale of our 75-year-old pension plan – with 10 pensioners for every single active employee – is a reflection of another economic era.”

Some of the biggest papers included in McClatchy’s portfolio include the Kansas City Star, the Miami Herald, the Charlotte Observer, the Fort Worth Star-Telegram, and the Sacramento Bee.

On March 13, 2006, McClatchy agreed to buy newspaper company Knight Ridder for approximately US$ 4.5 billion in cash and stock. The Knight Ridder newspaper chain included the San Jose Mercury News, The Philadelphia Inquirer, as well as the first Knight newspaper. In a March 2006, NPR story, Marie Ridder, a member the families that once controlled Knight Ridder, said regarding to the McClatchy takeover, “They run reliable newspapers.” She added, “They are newspaper people of high integrity — unlike almost anybody else.”