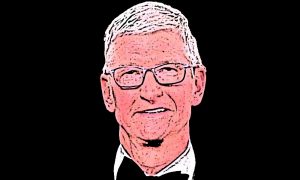 There is more paperwork in store for the top five “big tech” firms, and the possibility of regulatory action. The U.S. Federal Trade Commission (FTC) has laid down Special Orders on Alphabet/Google, Amazon, Apple, Facebook, and Microsoft. The companies had been allowed to make small acquisitions without reporting them to the authorities. Now they are required to supply the government information and documents that outline the terms of the deals. The data ordered by the FTC covers a span from January 1, 2010 to December 31, 2019.

The FTC is asserting its right “to conduct wide-ranging studies that do not have a specific law enforcement purpose.” Special consideration will given to determining “whether large tech companies are making potentially anticompetitive acquisitions” that currently fall below the standards required to report. It is likely that new standards will be adopted as a result of the inquiry. FTC Chairman Joe Simons says his plan is to “evaluate whether the federal agencies are getting adequate notice of transactions that might harm competition. This will help us continue to keep tech markets open and competitive, for the benefit of consumers.” Simons would not rule out enforcement action if it is warranted.

Under the HSR Act, significant acquisitions would have already been reported to the government. Big tech would have had no reason to suspect that smaller deals would suddenly see their day in the sun. The FTC is concerned that big tech is taking over rivals before they have a chance to grow to become real competitors. The Special Orders are exhaustive in scope, and will force the companies to reveal not only the transactions themselves, but acquisition strategies, the inner workings of their boards, hiring decisions, personnel agreements, how acquired data was used, and how much money has come in as a result of the acquisitions.

As the FTC awaits its information, it is too early to tell how it might change its policies in response to the investigation, but it is apparent that the government is open to tightening the ability of tech companies to purchase smaller rivals. The FTC considers the Special Orders a part of its “vigorous and effective enforcement to promote competition and protect consumers in digital markets.” The vote to serve the Special Orders was unanimous among all five voting members at the FTC.

In hindsight, some deals are raising eyebrows. Facebook plunked down an astounding US$ 19 billion for smartphone app WhatsApp in 2014. Tech fans were surprised that the app, which had annual revenue of US$ 10 million, could command such a price. However, Facebook was not very popular in many countries where WhatsApp was thriving. Facebook had already purchased Instagram for its picture-focused consumer base for a bargain price of US$ 1 billion. Now Instagram brings in a quarter of Facebook’s US$ 70.7 billion in revenue. The other tech companies named by the FTC made similar deals to prevent the possibility of being left behind by successful smaller companies.

The FTC wasn’t concerned at the time, but new blood such as Lina Khan is changing the FTC’s direction. Khan is now majority counsel to the U.S. House Judiciary Committee’s Subcommittee on Antitrust, Commercial, and Administrative Law. Her take on monopolies is #34 on Politico’s “50 Ideas Driving Politics.” Khan is quoted as saying, ““The rise of these companies is posing a whole new set of questions about how we do antitrust policy.” The number of companies bought by big tech is astronomical, with Apple reporting a company purchased every two to three weeks.