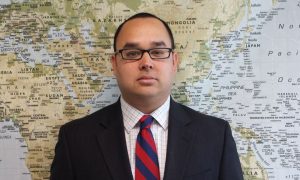 MADUELL: Coronavirus is a Catalyst that is Creating a Negative Spiral into Other Asset Classes

SWFI’s latest survey data for Q1 2020 has been compiled and is ready for release. SWFI secured business intelligence from CIO’s, Strategists, Economists, and Portfolio Managers from central banks, sovereign wealth funds, pensions, and endowments. The survey was taken between 2/2/2020 to 2/29/2020. A slim majority of institutional investor experts surveyed are from North America, with the remainder hailing from locations throughout the world, including the Middle East. Nearly 70% manage over US$ 10 billion, with 20% managing over US$ 100 billion.

The survey found that investment horizons remain long term. Long U.S. Tech trades were listed as the most crowded, with three times as many indicating so in comparison to the fourth quarter of 2019. The market seems to have rotated out of blue chip stocks, and a total of 69% are wary of the stock market’s valuations.

Political risk and virus worries have entered the conversation as markets have reacted negatively to both. Political risk is a concern to 44% of respondents. A successful Bernie Sanders campaign for President of the U.S. sent stocks tumbling. Then, a surge by the more politically-moderate Joe Biden seemed to have temporarily calmed markets. This didn’t last long, as governments began preparing emergency responses to COVID-19. The World Health Organization declared the coronavirus as a global pandemic. German Chancellor Angela Merkel bluntly revealed that up to 70% of Germany’s population, around 58 million people, could contract the coronavirus.

Michael Maduell, President of SWFI comments, “Coronavirus, treasury bond yields, and company earnings are the top drivers of listed equity prices for the next 6 months, according to our first quarter survey of 2020. These factors are all linked, creating a negative spiral that will infiltrate other asset classes such as corporate debt, venture capital, and office real estate.” 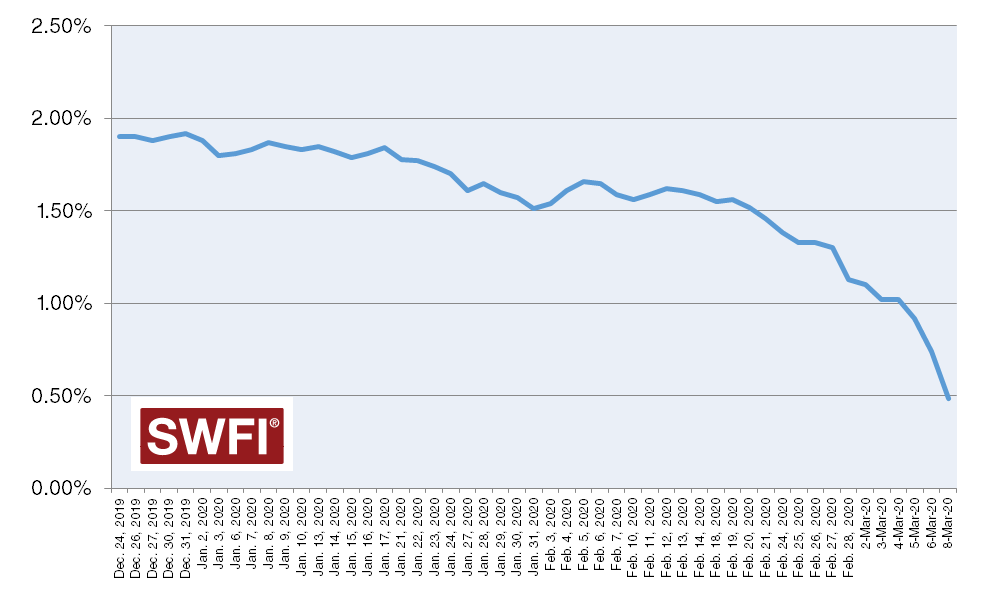 Interest rates were cited by 22% as a driver of equities, but now that the Federal Reserve has reduced rates, the only option left is to push toward 0 or go negative as has been the case in Europe. Other central banks have lowered rates including the Hong Kong Monetary Authority and the Reserve Bank of Australia. Tension between China and Hong Kong could also be a black swan, especially as all of Asia is facing shutdowns in manufacturing and minimal tourism. 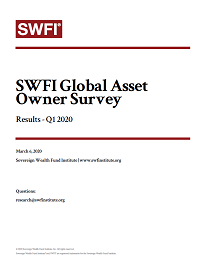 Subscribers can access the survey at SWFI.com (SWFI Global Asset Owner Terminal) under the Reports tab (then Survey tab).