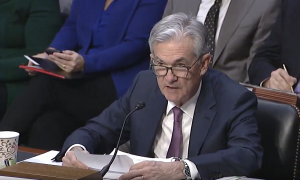 The Federal Reserve is forming a Commercial Paper Funding Facility (CPFF) to support the flow of credit to households and businesses. The CPFF2020 will be structured as a credit facility to a special purpose vehicle (SPV) authorized under section 13(3) of the Federal Reserve Act. The SPV will serve as a funding backstop to facilitate the issuance of term commercial paper by eligible issuers. The Federal Reserve Bank of New York will commit to lend to the SPV on a recourse basis. The New York Fed will be secured by all the assets of the SPV.

The U.S. Treasury Department – using the U.S. Exchange Stabilization Fund (ESF) – will provide US$ 10 billion of credit protection to the Federal Reserve Bank of New York in connection with the CPFF. The CPFF works by the Federal Reserve creating the SPV – CPFF LLC. The Federal Reserve then lends to CPFF LLC and the CPFF LLC then buys commercial paper. The creation of CPFF LLC is necessary because the Federal Reserve cannot directly buy assets other than government securities; it can only lend. CPFF was a system created by the Federal Reserve during the financial crisis of 2007–2008 to improve liquidity in the short-term funding markets. The CPFF began operations on October 27, 2008 following the collapse of Lehman Brothers and government bailout of AIG and the global credit freeze that ensued.

Assets of the SPV
The SPV will purchase from eligible issuers three-month U.S. dollar-denominated commercial paper through the New York Fed’s primary dealers. Eligible issuers are U.S. issuers of commercial paper, including U.S. issuers with a foreign parent company.The SPV will only purchase U.S. dollar-denominated commercial paper (including asset-backed commercial paper (ABCP)) that is rated at least A-1/P-1/F-1 by a major nationally recognized statistical rating organization (NRSRO) and, if rated by multiple major NRSROs, is rated at least A-1/P-1/F-1 by two or more major NRSROs, in each case subject to review by the Federal Reserve. In addition, the SPV will make one-time purchases of commercial paper (up to the amount outstanding on March 17, 2020) from issuers that met these criteria as of March 17, 2020 and were rated at least A-2/P-2/F-2 as of the purchase date. These purchases will be subject to separate pricing. The Federal Reserve reserves the right to review and make adjustments to the terms and conditions described in this term sheet, including pricing and eligibility requirements.

Pricing
Pricing will be based on the then-current 3-month overnight index swap (OIS) rate plus 200 basis points. At the time of its registration to use the CPFF, each issuer must pay a facility fee equal to 10 basis points of the maximum amount of its commercial paper the SPV may own.

Termination date
The SPV will cease purchasing commercial paper on March 17, 2021, unless the Board extends the facility. The New York Fed will continue to fund the SPV after such date until the SPV’s underlying assets mature.

The press release states, “The Federal Reserve Board announced today that it will establish a Commercial Paper Funding Facility (CPFF) to support the flow of credit to households and businesses. Commercial paper markets directly finance a wide range of economic activity, supplying credit and funding for auto loans and mortgages as well as liquidity to meet the operational needs of a range of companies. By ensuring the smooth functioning of this market, particularly in times of strain, the Federal Reserve is providing credit that will support families, businesses, and jobs across the economy. The CPFF will provide a liquidity backstop to U.S. issuers of commercial paper through a special purpose vehicle (SPV) that will purchase unsecured and asset-backed commercial paper rated A1/P1 (as of March 17, 2020) directly from eligible companies.

The Treasury will provide $10 billion of credit protection to the Federal Reserve in connection with the CPFF from the Treasury’s Exchange Stabilization Fund (ESF). The Federal Reserve will then provide financing to the SPV under the CPFF. Its loans will be secured by all of the assets of the SPV.”