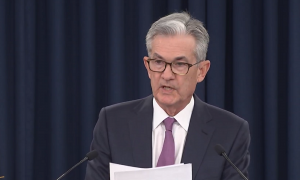 The Federal Reserve Board broadened its program of support for the flow of credit to households and businesses by taking steps to enhance the liquidity and functioning of crucial money markets. This is the third emergency credit program in two days. According to the press release, “Through the establishment of a Money Market Mutual Fund Liquidity Facility, or MMLF, the Federal Reserve Bank of Boston will make loans available to eligible financial institutions secured by high-quality assets purchased by the financial institution from money market mutual funds.

Money market funds are common investment tools for families, businesses, and a range of companies. The MMLF will assist money market funds in meeting demands for redemptions by households and other investors, enhancing overall market functioning and credit provision to the broader economy.

The attached term sheet details the types of assets, including unsecured and secured commercial paper, agency securities, and Treasury securities, that are eligible, as well as additional information. The MMLF program will purchase a broader range of assets, but its structure is very similar to the Asset-Backed Commercial Paper Money Market Mutual Fund Liquidity Facility, or AMLF, that operated from late 2008 to early 2010. The MMLF is established by the Federal Reserve under the authority of Section 13(3) of the Federal Reserve Act, with approval of the Treasury Secretary. The Department of the Treasury will provide $10 billion of credit protection to the Federal Reserve in connection with the MMLF from the Treasury’s Exchange Stabilization Fund.”

The White House is requesting U.S. Congress for authority to develop guarantee programs for the US$ 3.8 trillion money-market mutual fund industry. This is part of a wide approach to calm market turmoil caused by the Wuhan coronavirus (COVID-19) pandemic. These measures include Congressional approval to suspend restrictions on the US$ 93 billion U.S. Exchange Stabilization Fund. The Exchange Stabilization Fund consists of three types of assets: U.S. dollars, foreign currencies, and Special Drawing Rights (SDRs), which is an international reserve asset created by the International Monetary Fund. The legal basis of the ESF is the Gold Reserve Act of 1934. The Federal Reserve Bank of New York (FRBNY) acts as the fiscal agent for the Exchange Stabilization Fund, as permitted by the Federal Reserve Act.

Term Sheet from Federal Reserve Board

Money Market Mutual Fund Liquidity Facility Facility:
To provide liquidity to Money Market Mutual Funds (“Funds”), the Federal Reserve Bank of Boston (“Reserve Bank”) would lend to eligible borrowers, taking as collateral certain types of assets purchased by the borrower from Funds (i) concurrently with the borrowing; or (ii) on or after March 18, 2020, but before the opening of the Facility.

Borrower Eligibility
All U.S. depository institutions, U.S. bank holding companies (parent companies incorporated in the United States or their U.S. broker-dealer subsidiaries), or U.S. branches and agencies of foreign banks are eligible to borrow under the Facility.

Funds
A Fund must identify itself as a prime money market fund under item A.10 of Securities and Exchange Commission Form N-MFP.

Eligible Collateral
Collateral that is eligible for pledge under the Facility must be one of the following types:

Regulatory Capital Treatment
Separately and consistent with the purposes of the MMLF, the Board, the OCC, and FDIC will act to fully neutralize the impact of a depository institution holding company or depository institution’s participation in the facility for purposes of regulatory capital requirements, including risk-based capital and leverage requirements. The Board, OCC, and FDIC will fully exempt from risk-based capital and leverage requirements (i) any asset pledged to the MMLF and (ii) any asset purchased from a Fund on or after March 18, 2020 that the firm intends to pledge to the MMLF upon opening of the Facility.

Program Termination
No new credit extensions will be made after September 30, 2020, unless the Facility is extended by the Board of Governors of the Federal Reserve System