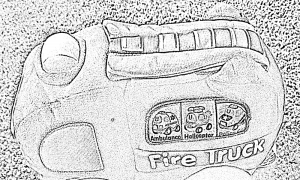 The Ontario Teachers’ Pension Plan (OTPP) has CA$ 207 billion in net assets and reported CA$ 20 billion in net investment income for 2019. There are 329,000 active members and it has a funded ratio of 103%. On January 1, 2020, the fund had a surplus of over CA$ 6 billion. Still, concerns mounted as Board Chairman Steve McGirr wrote about the problems in the investment world in 2019’s Annual Report: “Global diversification of our portfolio is taking place in an uncertain geopolitical environment. We grapple with disruption of traditional investments, a sustained low interest rate environment, the challenge of implementing technology to make Ontario Teachers’ more agile, and the potentially transformational risks posed by climate change. After years of strong financial market returns, the threat of an economic downturn is real.” President and CEO Jo Taylor wrote that he was managing “challenging dynamics” by hiring the right talent, forming partnerships, and searching for the best opportunities. A new office in Singapore is expected in the third quarter of 2020.

OTPP is an ESG-focused investment operation. In OTPP’s case in its latest annual report, this mainly focuses on the roles of women. OTPP includes efforts to “inspire younger women.” Women hold 50% of the positions on the board. The majority of OTPP’s investment departments are headed by women, and women also lead more than a fifth of all portfolio companies. OTPP celebrates Pride Week, Global Day of Inclusion, and other events.

Macerich is a storied REIT, with a portmanteau of its founders, Mace Siegel and Richard Cohen. The firm was founded in 1964 as MaceRich Real Estate Company and by 1994 the company went public. On April 1, 2015, Macerich rejected a US$ 16.8 billion takeover offer from Simon Property Group. As of April 7, 2020, Macerich has a market capitalization of US$ 1.04 billion. OTPP made an investing misstep with The Macerich Company. Macerich is a sustainability-focused real estate investment trust (REIT) that deals in shopping malls in the U.S. It owns over 50 million square feet of real estate. While many anchor tenants have moved out of traditional malls over the years (Nordstroms, Sears, etc.) other tenants such as charities and armed services recruiters have moved in. Despite pockets of success, malls in many areas have been shuttered, and others are seeing less traffic in an era of digital content streaming and online shopping. As the pension investors second largest direct listed equity holding behind Multiplan Empreendimentos Imobiliarios S.A., OTPP owned 23,286,237 shares, around 16.48% ownership, in Macerich as of the 2019 annual report, which totals around US$ 627.3 million at year-end (based off of close price Dec. 31, 1999). The stock has a 52-week high of US$ 44.73 (US$ 1.04 billion value) but in early April 2020 is trading for around US$ 6 per share. Interestingly and according to SEC filings, Norway Government Pension Fund Global bought 1,518,672 shares in Macerich at the end of 2019, being a contrarian mega sellers of Macerich such as Vanguard, Cohen & Steers, Invesco, State Street, T. Rowe Price, and Northern Trust. Plus, Singapore’s GIC Private Limited, who has a joint venture with Macerich, scooped up 2,860,301 Macerich shares at the end of 2019, giving the SWF a 7.7031% equity stake. The partnership between OTPP and Macerich goes back far. In December 1998, OTPP and the Macerich Partnership, L.P. bought four Pacific Northwest shopping malls from insurance company SafeCo. In November 2014, Macerich purchased a 49% stake in five U.S. shopping malls from OTPP for US$ 1.89 billion for consideration of 17.2 million Macerich common shares, around a 10.9% stake in the REIT and was required to assume the US$ 673 million in debt against the malls. In 2018, OTPP even held talks with other investors such as sovereign wealth funds about taking Macerich private.

Macerich reported that for 2019, occupancies were down but newer tenants were being charged US$ 59.15 per square foot instead of the previous US$56.50 per square foot. Rental agreements will expire for a total of 930,000 square feet of space. Macerich expects to renew the agreements or rent them to new tenants. Macerich is also seeking tenants to fill spots left by closing Sears and Forever 21 stores. Management expenses increased from US$ 11.6 million in 2018 to US$ 29.6 million in 2019. Macerich reports that changes in accounting caused the uptick.

OTPP is also a significant owner of Canadian shopping malls, with stakes of 50% to 100% in 20 malls and similar stakes in 11 additional office properties, and outright ownership of a hotel and a land parcel. With coronavirus forcing Americans to stay home, malls are largely closed to the public. For example, Westfield announced that “Most stores have temporarily closed.” Westfield had little choice but to “join the collective fight against the COVID-19 outbreak and temporarily close the majority of its operations.” A few restaurants maintain a take out business. Most of OTPP’s employees are working from home.