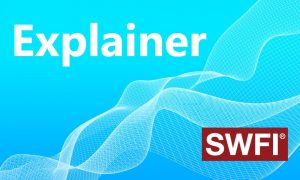 Information is from the U.S. Federal Reserve from April 9, 2020.

Facility
The Municipal Liquidity Facility (“Facility”), which has been authorized under Section 13(3) of the Federal Reserve Act, will support lending to U.S. states and the District of Columbia (together, “States”), U.S. cities with a population exceeding one million residents (2) (“Cities”), and U.S. counties with a population exceeding two million residents (3) (“Counties”). Under the Facility, a Federal Reserve Bank (“Reserve Bank”) will commit to lend to a special purpose vehicle (“SPV”) on a recourse basis. The SPV will purchase Eligible Notes directly from Eligible Issuers at the time of issuance. The Reserve Bank will be secured by all the assets of the SPV. The Department of the Treasury, using funds appropriated to the Exchange Stabilization Fund under section 4027 of the Coronavirus Aid, Relief, and Economic Security Act, will make an initial equity investment of $35 billion in the SPV in connection with the Facility. The SPV will have the ability to purchase up to $500 billion of Eligible Notes.

Limit per State, City, and County
The SPV may purchase Eligible Notes issued by or on behalf of a State, City, or County in one or more issuances of up to an aggregate amount of 20% of the general revenue from own sources and utility revenue of the applicable State, City, or County government for fiscal year 2017 (4). States may request that the SPV purchase Eligible Notes in excess of the applicable limit in order to assist political subdivisions and instrumentalities that are not eligible for the Facility.

Pricing
Pricing will be based on an Eligible Issuer’s rating at the time of purchase with details to be provided later.

Termination Date
The SPV will cease purchasing Eligible Notes on September 30, 2020, unless the Board and the Treasury Department extend the Facility. The Reserve Bank will continue to fund the SPV after such date until the SPV’s underlying assets mature or are sold.

Notes
1. The Board of Governors of the Federal Reserve System (“Board”) and Secretary of the Treasury may make adjustments to the terms and conditions described in this term sheet. Any changes will be announced on the Board’s website.
2. Source: U.S. Census Bureau, Annual Estimates of the Resident Population: April 1, 2010 to July 1, 2018, as of April 6, 2020 (https://www.census.gov/data/tables/time-series/demo/popest/2010s-total-cities-and-towns.html).
3. Source: U.S. Census Bureau, “Population, Population Change, and Estimated Components of Population Change: April 1, 2010 to July 1, 2019 (CO-EST2019-alldata)” dataset as of April 6, 2020(https://www.census.gov/data/datasets/time-series/demo/popest/2010s-counties-total.html#par_textimage_739801612.)
4. Source: U.S. Census Bureau, 2017 State & Local Government Historical Datasets and Tables, as of April 6, 2020 (https://www.census.gov/data/datasets/2017/econ/local/public-use-datasets.html).