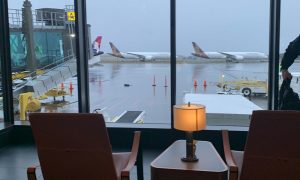 U.S. airlines and the U.S. Treasury Department held discussions and have reached an agreement in principle on billions of federal government aid. U.S. air travel has plummeted due to state-led stay-at-home orders. On March 27, 2020 CARES ACT came into effect, which included a US$ 25 billion in assistance for passenger airlines.

Details include the U.S. government getting warrants equal to 10% of the loan amount.