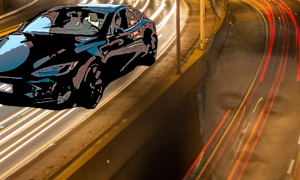 The promising electric vehicle industry in China remains under a higher level of stress due to the Wuhan coronavirus (COVID-19) pandemic and the low price of oil. Rewarding Chinese government subsidies are driving away, as private capital also dries up for some electric vehicle (EV) companies.

The Chinese government defines new energy vehicles to include plug-in hybrid, hydrogen fuel-cell, and battery-powered electric vehicles. The finance ministry said that only passenger cars that are cheaper than 300,000 yuan (US$ 42,540) will be offered such subsidies. The finance ministry disclosed that China in principle would slash the subsidies by 20% in 2021 and 30% in 2022. In this revised plan, the Chinese government would extend subsidies for new energy vehicles purchases to 2022, rather than ending them in 2020, and extend purchase tax exemption for two years.

In January 2020, Tesla Inc. lowered the price of its China-built Model 3 sedans by 9%. The price was lowered to 323,800 yuan from 355,800 yuan. Earlier from the 9% price drop, Tesla CEO Elon Musk was at the opening of Tesla’s Gigafactory located on the edges of Shanghai. Tesla is competing against legacy car manufacturers in the U.S., as well as potential rivals such as Lucid Motors and Rivian. Ford Motor Company estimated a loss of roughly US$ 2 billion in the first quarter of 2020 and had to raise US$ 8 billion to boost cash reserves.

Chinese automobile manufacturer NIO Inc. scrambled and launched its sports-utility vehicle (SUV) ES8 to the Chinese market. The ES8 has a 100-kilowatt-hour lithium-ion battery pack. In 2019, cash-strapped NIO voluntary recalled 5,000 examples of the ES8 over fire concerns and terminated 141 workers at its North American headquarters. NIO is partially backed by Tencent Holdings Limited.

There is controversy with BYD in the U.S., as California Governor Gavin Newsom quickly approved the spending of US$ 1 billion of taxpayers’ funds on masks to be made by BYD. Newsom was trying to get supplies to frontline healthcare workers. BYD has no history of making personal protective equipment and has ties to the Chinese Communist Party. Even within Newsom’s own party, Representative John Garamendi (D-CA) assisted in drafting legislation in 2019 which prohibits federal funds from being used to acquire BYD electric buses effective immediately in Washington, D.C.

According to data from Beijing-based China Association of Automobile Manufacturers, sales of new energy vehicles in mainland China shrunk for a ninth month in a row as of March 2020 and are down 50% from March 2019. Interestingly, the Chinese government is increasing efforts to permit the swapping electric-vehicle batteries on-the-go, thus saving people time in trying to plug in and do a recharge.