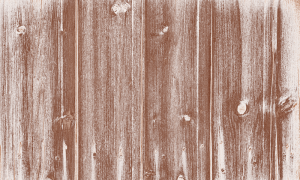 In the U.S., an army of IT workers received their pink slips in April. A record 112,000 jobs were lost according to CompTIA’s review of U.S. Labor Department Data. CompTIA is a nonprofit IT trade association. This comes despite hordes of employees working from home, many for the first time ever. Retail, restaurants, and hotels suffered the worst of the fallout since the economy was shut down. Many companies are disappointed in their IT investment as data breaches have become a fact of life. In May 2020, the latest news was that data was pilfered from 4 million dating app users, Madonna and Bruce Springsteen’s legal firm, the U.S. Marshals, Chatbooks, SAP, GoDaddy and more. Some in corporate America expected IT to benefit from the remote workforce, but revenues have fallen for most organizations across the board. IT has not been able to avoid the pain. Video-conferencing platform Zoom earlier made a deal to acquire its first company in its history. Zoom acquired Keybase, a cyber security company. Zoom seeks to offer end-to-end encryption to paid users.

Meanwhile, possible tech hub of the future Hainan Island is still in growth mode. A total of 30,000 jobs are expected to open in some of the worst-hit sectors, including tourism, hospitality, and IT. Microsoft is established there, and Samsung and Deloitte are forming major operating bases as well. HNA Group is based there. HNA runs aviation, real estate, financial, and other businesses. Singapore’s government-owned Temasek Holdings has worked closely with HNA in the past and is also on Hainan Island. It purchased a stake in Hainan’s airline business in 2018. China Tourism Group (CTG) is ramping up activity even in the time of coronavirus. China Daily reported: “In addition to investing and building a 12.8 billion yuan (US$ 1.81 billion) tax-free commercial complex in Haikou, Hainan’s provincial capital, the centrally-administrated State-owned enterprise CTG began operating the second phase of the complex, including foreign brand designer stores, a cinema, children’s park and restaurants in Sanya in January.” A total of 23 major state-owned enterprises are building a presence on the island, including China State Railway Group.