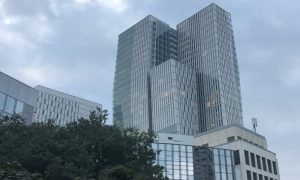 Whispers of a Franco-German Coronavirus Recovery Fund are Being Discussed

With 19 members, the Eurogroup is the recognized collective term for informal meetings of the finance ministers of the eurozone—those member states of the European Union (EU) which have adopted the euro as their official currency. The group has 19 members. It exercises political control over the currency and related aspects of the EU’s monetary union such as the Stability and Growth Pact. The current President of the Eurogroup is Mário Centeno, the Minister of Finance of Portugal. Centeno revealed plans that Germany and France, the two biggest EU countries, are deciding whether to form a 500 billion euro recovery fund in a bid to deal with the impact of COVID-19 on local economies, with another goal of bringing Europe closer to a fiscal union. The recovery fund would most likely be temporary. The novel coronavirus negatively impacted Europe, stalling already laggard growth compared to peer regions, and adding borrowing to levels not seen in peacetime periods.

The fund is still a proposal and would have to jump through a wide range of hurdles.

The proposal would have the European Commission borrow the money on behalf of the whole European Union.

U.K. government officials are talking about a £25 billion strategic sovereign wealth fund, a taxpayer-backed fund, to acquire shares in key businesses outside of London. Many of these businesses are family-run or smaller in scale to the larger corporations dominating London. The fund would be open to investors.