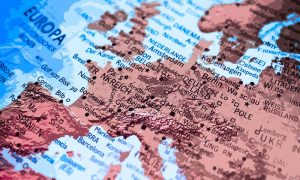 Europe’s International Forum of Sovereign Wealth Funds (IFSWF) based in London and State Street have teamed up to make a report about the condition of the world’s sovereign wealth funds by analyzing capital flows and speaking to a sample group of fund representatives. The new report denied rumors that countries were following Norway’s lead and raiding their sovereign wealth funds: “Rather than tapping their rainy-day funds, several governments from oil-rich nations, from the Arabian Gulf to Kazakhstan, have recently borrowed from the international bond markets to cover budget shortfalls.” SWFs as a whole are in reasonable shape. At the start of 2020, many were already heavily in cash according to IFSWF, and this finding can be confirmed in SWFI’s March 2020 survey in which 31% revealed plans for an overweight cash position for the next 12 months.

That is not to say that sovereign wealth funds haven’t taken a beating on their equity and other positions, as bellwether Norway Government Pension Fund Global counted losses of €112 billion in March 2020. Some of those losses have likely been replenished given the stock market rally of April and May. Government responses have also been robust, supporting everything from mortgage-backed securities to junk bond ETFs. SWFs did not sell into weakness generally, but there was a “flight to safety towards the U.S.” The results of the research thus indicate an optimistic future and renewed confidence.

The report also states that “selective risk taking and rebalancing” is occurring. In fact, many large funds have engaged in new purchases, as SWFI has been reporting in recent weeks. Saudi Arabia’s US$ 300 billion Public Investment Fund (PIF) has been a particularly active purchaser of listed companies at a discounted rate. PIF took stakes in Facebook (for US$ 491 million), Walt Disney (for US$ 522 million), Marriott (for US$ 514 million), and Cisco (for US$ 491 million). Banks Citigroup (for US$ 522 million) and Bank of America (for US$ 488 million) were scooped up. Even Boeing, which drew the U.S. Federal Aviation Administration into its downward spiral, saw US$ 714 million from PIF. Boeing stock fell by 60% in 2020. Carnival Cruise Line saw inflows of US$ 369 million from PIF and concert company Live Nation also saw US$ 500 million. Equinor, Royal Dutch Shell, Total SA and Eni SpA looked attractive enough for PIF to place US$ 1 billion in them combined. England’s oil major BP was PIF’s favorite, taking in an investment of US$ 827.7 million. A number of smaller purchases include Berkshire Hathaway, Broadcom, Qualcom, IBM, Pfizer, Starbucks, Union Pacific, ADP, and Booking Holdings.

While there are many doomsayers, one voice that would agree with PIF’s U.S. purchases is geopolitical strategist and former U.S. State Department employee Peter Zeihan. In his 2019 talk on “Millennial Consumption,” Zeihan said demographics are on the side of America: “Today, courtesy of the millennials, the United States is the top consuming power. And today, courtesy of the boomers, the United States is the top investment power. But in just 11 years the United States is the only consumption power and the only investment power.” Zeihan says instability is a plus for the U.S.: “Every time there’s a geopolitical hiccup, we get these surges of capital flight to the American market because there’s nowhere else to go.” This last prediction has already proven accurate, with foreign money fleeing the developing world in favor of the U.S. in 2020.