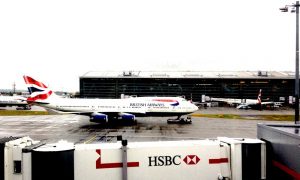 The International Air Transport Association (IATA) estimates that over $120 billion in financial assistance from governments has been given to airlines since the start of the Wuhan coronavirus. The European Commission threw a wrench in German airline Lufthansa’s move for a state bailout. Lufthansa is refusing to approve a €9 billion state bailout over conditions imposed by the EU which would force the airlines company to relinquish key positions at two main German airport hubs, Frankfurt and Munich. The coronavirus economic rescue package includes giving the German government a 20% stake in Lufthansa. The EU wants to impose this as Lufthansa would have unfair advantage over competitors. Lufthansa’s board knows that it needs the bailout money for maintaining solvency. Germany’s Angela Merkel vowed a “tough fight” against Brussels if EU officials seek to weaken Lufthansa.

On Italy, before the coronavirus lockdowns, in December 2019, the Italian government had approved plans to grant a €400 million loan for troubled airline Alitalia.