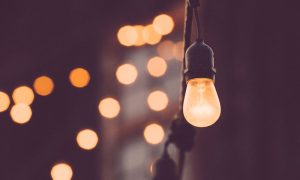 Joining its African peers, the Djibouti government is planning to create a strategic development sovereign wealth fund (SDSWF) for domestic and regional investment. The Djibouti government seeks to have the government fund amass wealth up to US$ 1.5 billion over the next decade. The African country will use its funds to provide financing for Djibouti industries in areas such as telecommunications, logistics, and infrastructure. Investments will be prioritized in the Horn of Africa region.

The Djibouti government will be the sole shareholder of the country’s sovereign wealth fund. There will be a mandate to reinvest all the profits. Djibouti government did not disclose how exactly the funding for the SWF will occur, only disclosing that there will be “significant initial investment with recurring resources”. The SDSWF is aimed at gathering and centralizing national wealth in order to increase Djibouti’s capacity to invest in an optimized and efficient way and to modernize and maximize the country’s economic potential and attractiveness.

Djibouti was once a French colonial state known as Côte française des Somalis or French Somalialand. Djibouti is its legal successor state. With a population of less than 1 million, the small nation is position in the Gulf of Aden, which overlooks the most busiest shipping lanes for oil shipment on Earth. Djibouti is also home to deposits of gold, granite, limestone, and marble. The country has also made inroads toward petroleum exploration.